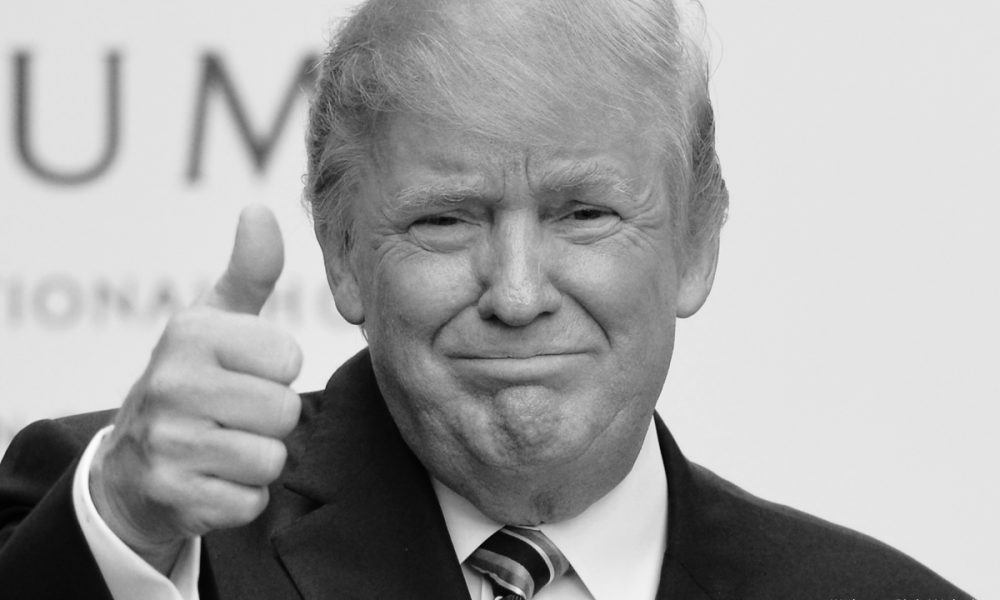 As a gay Jewish man, I will never let Trump win

I was a lone soldier of the queer community, waving the rainbow flag in Trafalgar Square in London during one of the many protests organized by the Iranian diaspora. Most of the people shouting “woman, life, freedom,” were Iranians who had lived outside Iran for years, even decades. Some were second generation immigrants; some had only just arrived.

My flag soared high among the many iterations of the Iranian flag. It was visible in its singularity. So visible, in fact, that I was stopped several times and asked who my flag represents. To say I was shocked would be an understatement. How could those who had lived in Europe for years be ignorant of such an established symbol? This was London, one of the most queer-friendly cities in the world, the host of one of the biggest Pride parades in Europe. I suddenly found a deeper understanding of the ignorance that drives homophobia and transphobia in my community and home country. If Iranians who live in London, where queer culture is present and visible, are ignorant of its existence, Iranians back home stand no chance.

After Mahsa Jina Amini’s death was announced on Sept. 16, 2022, protests began nationwide and are ongoing. The regime has killed many of our young pioneers, seemingly targeting LGBTQ+ people, who are amongst the most repressed minority groups. Iran is one of seven countries that punishes same sex relationships with the death penalty. If not death, LGBTQ+ individuals who are found to have engaged in “unorthodox” relations or gender expressions can expect to be punished by lashes, beating, other forms of torture, and imprisonment. Honor killing, forced marriage and rape are also common experiences of the LGBTQ+ community in Iran.

The queer voice of Iran has been in the forefront of the current protests. From a lesbian couple kissing in public to queer people holding rainbow flags, the LGBTQ+ community has been traying to make itself visible. However, instead of support for a group who is continuously quashed, a large subset of Iranian society has resorted to online attack and hate.

The irony is that one of the symbols and martyrs of the revolution is a young queer person. 16-year-old Nika Shakrami, in her courage to fight oppression, became a household name on the day of her death. Details of her life circulated social media after she died. Her unrealized dream of being a singer brought us to tears. Her love for another 16-year-old girl, Nellie, was also revealed. However, her family has been hell-bent on erasing her identity.

The ugly homophobia of Iranian society reared its head last week on social media after the Lesbian Visibility Award was given to Shadi Amin, a prominent figure in the community and the director of the Iranian Lesbian and Transgender Network (6Rang). Amin had dedicated the award to the young LGBT+ people of Iran who had given their lives for freedom; one of these young martyrs was Nika Shakarami.

The response of the Iranian community was to berate Amin for attaching a ‘dirtied’ identity to their beloved Nika and offending her family, fuelled by a statement given by Nika’s aunt. In the statement, Nika’s aunt claimed that Shadi Amin and the LGBTQ+ community were forcing an identity on her niece, that she had not figured out her sexuality before being killed. In the same statement, her aunt insisted that Nika was straight, forcing heterosexuality onto the same niece who had not figured out her identity before dying. Although her intentions may have been to protect her late niece, Nika’s aunt released an influx of death threats towards Amin and the LGBTQ+ community.

In unison, Iranian LGBTQ+ people voiced their experiences of harassment and erasure at the hands of their families. It is a tale as old as time for queer people everywhere. They spoke out about how families are not trustworthy sources on their identities, given the violence and abuse they face by being openly queer in such a homophobic society.

The controversy over Nika’s identity is now driving many LGBTQ+ protestors to post their last will and testaments on social media, stating that they are not straight, and the claims of their families should not be listened to in case of their deaths. Those who are not openly out are sending their wills to LGBTQ+ organizations like 6Rang. Even in death, the Iranian LGBTQ+ community is in a constant battle for visibility.

The events of last week must have shaken the community. We are seeing more and more brave young queer people walk the streets of Iran, holding the rainbow flag high. Pro-LGBTQ+ graffities are appearing across the walls of university campuses. They risk death and imprisonment, harassment, and torture. Their fight is unjust and endless; their chants are met with batons; their flags bear the holes of bullets.

My LGBTQ+ brothers, sisters and non-conforming siblings in Iran must have had the same realization I had in Trafalgar Square that day. We are less than visible unless we stand proud, clad in our rainbow armor. Without making ourselves known, we stand no chance of having our demands met by any new government. It is fear that keeps us apart and gives the regime the chance to massacre us and our families the opportunity to erase our true selves.

Our message is clear: There is no democracy without freedom for all LGBTQ+ people.