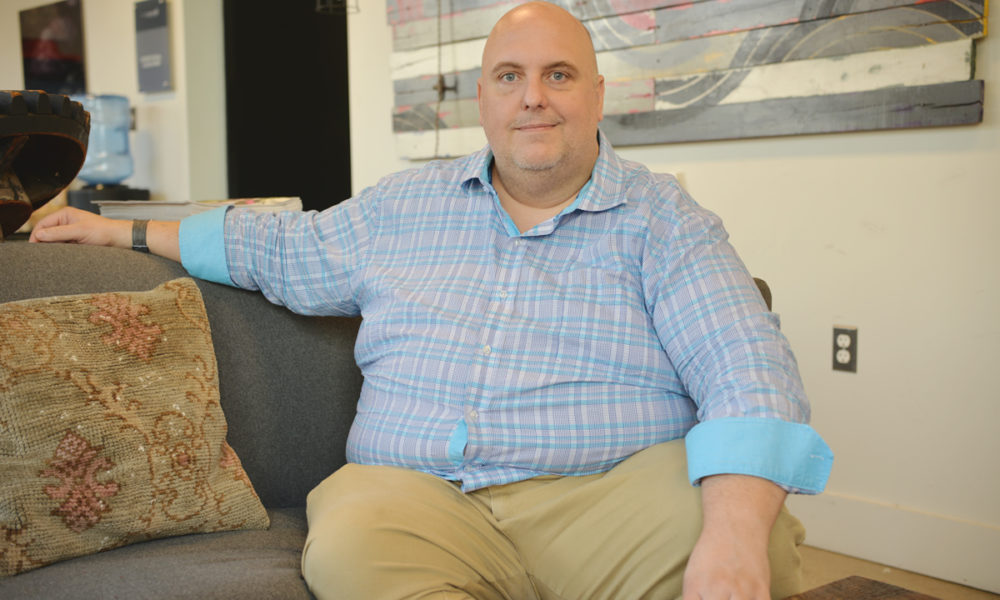 The manager of the gay-owned Rehoboth Beach Guest House has expressed alarm that a 23-year-old Rehoboth man who was arrested on Feb. 2 on misdemeanor charges and released the same day for allegedly pulling down a Rainbow Pride flag from the guest house porch might return to the popular LGBTQ B&B and commit an act of violence against him or one of his guests.

Tom Kelch, the property manager in charge of the day-to-day operations of the Rehoboth Guest House, told the Washington Blade he sent email messages to the Rehoboth mayor, City Commission members, and the police chief informing them that Jordan Reed, who was arrested for what Kelch calls the “desecration” of his Rainbow flag, appears to be defiantly bragging about what he did in Facebook postings this week.

Kelch said he was further alarmed when he discovered that Reed’s Facebook page includes photos of a handgun and comments suggesting he will not show up for his required court appearance for the arrest linked to the rainbow flag incident.

“He suggests violence toward our government,” Kelch told the Rehoboth city officials in describing Reed’s Facebook postings. “He proudly shares pictures of his guns, drugs, and cash,” Kelch said.

“He lives locally in West Rehoboth, and he continues to present a danger to us, our business, and our customers,” Kelch said in his message to the officials. “He targeted us for our beliefs listed on our Pride flag.”

The revelations of Reed’s Facebook postings surfaced two days after the Rehoboth Guest House and the LGBTQ group CAMP Rehoboth released a joint statement praising Rehoboth police for making a quick arrest in the flag incident but expressing strong disagreement with the initial decision by police not to classify the incident as a hate crime.

In response to an inquiry from the Blade seeking an explanation for why police chose not to list the incident as a hate crime, Rehoboth police spokesperson Lt. Jaime Riddle sent the Blade a short statement on Wednesday.

“The Rehoboth Police Department is currently working with the Delaware Department of Justice, Division of Civil Rights and Public Trust, to determine if the acts committed by Jordan Reed on February 1st, 2022, meet the criteria of a hate crime based on current Delaware legislation,” the statement says.

In a message sent to Kelch earlier this week, Rehoboth Police Chief Keith Banks said, “At the time of Mr. Reed’s apprehension, we did not feel we had enough probable cause to charge him with the elements contained in a hate crime statute.” Banks added that the police were working with the state Attorney General’s Office “to see if they determine if the case warrants any additional charges being added.”

A Feb. 3 Rehoboth Police press release announcing Reed’s arrest in connection with the flag incident does not identify the flag as a Rainbow Pride flag or that it was removed from a gay guest house.

“On Tuesday, February 1st, 2022, at around 2:30 pm, Rehoboth Beach Police were called to the second block of Maryland Avenue for a disorderly subject who entered onto a residential property, removed a flag from the front porch and buried it in the snow,” the release says.

“While on the scene at the residence, at around 3:15 pm, the responding officer was contacted by a separate victim who reported that the tire to his trailer had been slashed,” the release says, adding that the trailer was parked on the same block as the “residential property” where the flag was removed.

The release says that after interviewing witnesses and viewing video surveillance footage that Kelch said the Rehoboth Guest House gave to police, police investigators identified Reed as a suspect in the incident. It says that on Feb. 2 police observed Reed walking along Rehoboth Avenue and apprehended him without incident.

Reed was arrested and charged with 1 count of criminal mischief under $1,000, 1 count of third-degree criminal trespass, and 1 count of disorderly conduct, the police press release says. It says Reed was released on $1,500 unsecured bail.

Records from the Sussex County, Del., Court of Common Pleas, where the case was filed, show that Reed is scheduled to return to court on May 16 for an arraignment hearing.

Court records also show that Reed has at least four other misdemeanor cases pending against him on charges that include attempted arson, criminal trespass, theft, and burglary. The records show that in the burglary case, for which Reed was arrested on Sept. 9, 2021, he failed to appear for a Sept. 30 arraignment.

The records do not show what, if any, action police or prosecutors may have taken in response to his failure to show up for the arraignment.

Kelch, meanwhile, told the Blade and the Rehoboth City officials he wrote to that he believes the video footage showing Reed pulling down his Rainbow Pride flag constitutes clear evidence that the incident was a hate crime.

“I went back inside to review the cameras and found that he had ripped the Pride flag off the house, threw it on the ground, stomped on it, kicked it over to a snow pile, began to bury it, sat on it, spit into his hands and rubbed them onto the flag, finished burying it under the snow bank, stood up and walked away out of camera view,” Kelch said in his email to the Rehoboth officials.

“After calling police, we found that he immediately slashed a tire on our street right after attacking and desecrating our Pride flag,” Kelch wrote. “A clear expression of hatred and an act of violence to encourage fear,” Kelch continued.

“Thank God I didn’t go out to confront him and waited till he left before I investigated,” he said. “The police report belittled what happened by saying he just took a flag down and put it in the snow. This was very upsetting for it to be so minimized in the public report.”