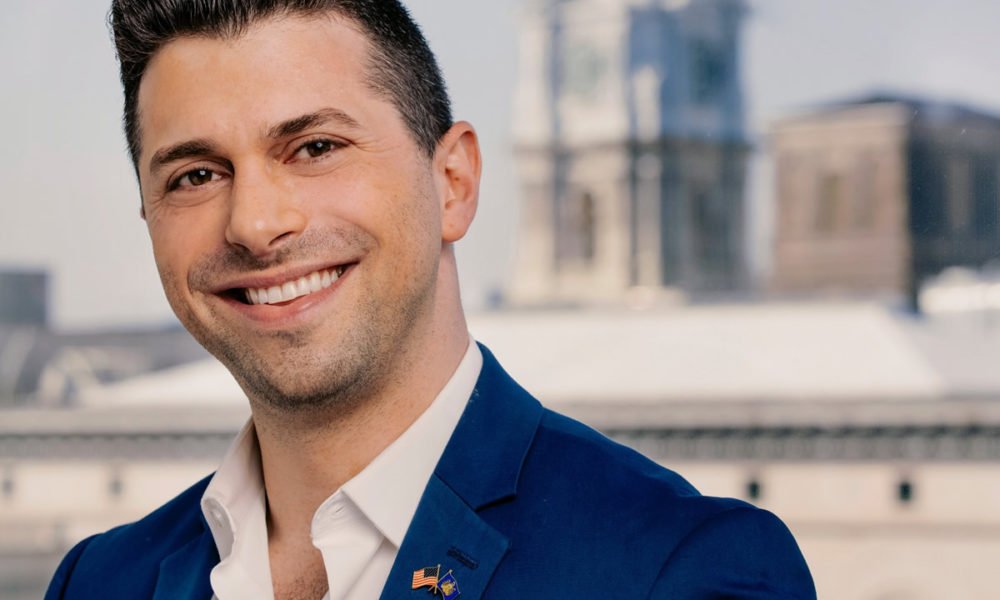 A Broward County, Fla., judge on Feb. 18 set a $50,000 bond for the release of former D.C. police lieutenant Brett Parson six days after Parson was arrested in Boca Raton on Feb. 12 for allegedly having sex with a 16-year-old boy in violation of Florida’s age of consent law, which is 18.

Online court records show that Broward County Judge Phoebee Francois set bond at $25,000 for each of the two charges of Unlawful Sexual Activity with a Minor filed against Parson by Coconut Creek, Fla., police. The court records do not show whether Parson paid the required 10 percent of the bond at $5,000 to secure his release.

In addition, the judge ordered that Parson must reside at the Boca Raton apartment owned by his parents and where he had been staying at the time of his arrest “until further order of the court.”

The online court records as of Monday had no information about whether Parson has retained an attorney or when his next court appearance was to take place. A Pretrial Services Supervision Order issued by the judge says Parson must report two times per week by phone to a designated Pretrial Services office.

An arrest affidavit filed by Coconut Creek police says the 16-year-old told police investigators he and Parson met on the gay online dating app Growlr and agreed to meet for a sexual encounter in a Coconut Creek location after exchanging “explicit” photos of each other. The affidavit says the 16-year-old, who was driving a car, met Parson at a location they arranged through a series of text messages.

After meeting at an initial location, the affidavit says the 16-year-old told police the two drove in their separate cars to another location at the site of a secluded parking lot at about 1 a.m. on Feb. 12 where the 16-year-old entered the car Parson was driving and the two performed oral sex on each other.

Without giving a reason, the affidavit says the 16-year-old provided police with full details of his interaction with Parson that police would otherwise not have known after police stopped him when he and Parson were following each other in their cars to find another secluded location. The affidavit says police stopped the 16-year-old after he drove his car into a restricted space owned by Comcast.

It says police also stopped Parson’s car but allowed Parson to drive away after he said he was a D.C. police officer who was lost and did not know who the 16-year-old was in the other car. After obtaining Parson’s identification from the text messages in the phone of the 16-year-old, who turned his phone over to police, Coconut Creek police arranged for Boca Raton police to arrest Parson later that day on Feb. 12 at the site of his parents’ apartment in Boca Raton.
The Growlr site where the 16-year-old and Parson met has a policy of requiring anyone using the site to be at least 18 years old, which is the legal age of consent in Florida. But according to attorneys familiar with Florida law, not knowing someone’s real age may not be legal grounds for a defense.

“This means that a person can be charged where they do not know the age of the person that they engaged in sexual activity with, or even worse, where the other person has lied about his or her age,” Kent told the Washington Blade. “Laws like these can obviously lead to very unfair results.”

Kent noted that in Parson’s case, the alleged victim used a dating app that limits its users to individuals over the age of 18. He said it also appears from the police reports that the 16-year-old never told Parson he was under 18.

“These are troubling facts that could be presented to a prosecutor or judge in support of mitigation, but the law does not allow them to operate as a complete defense to the crimes charged,” Kent said. “It’s a challenging case requiring experienced counsel for the officer’s defense.”

Parson’s arrest comes about two years after he retired from the Metropolitan Police Department of D.C. after a 26-year career in which among other duties, he served as supervisor of the department’s LGBT Liaison Unit.

Reaction to the news of his arrest by members of D.C.’s LGBTQ community has been mixed, with several prominent activists expressing support for Parson by saying his side of the story should be told and he should be presumed innocent until proven guilty at a trial. Others, however, have posted Facebook messages calling Parson a “predator” targeting an underage victim who should be prosecuted to the fullest extent of the law.

At a Feb. 16 press conference on an unrelated subject, the Blade asked D.C. Police Chief Robert Contee for his thoughts on Parson’s arrest.

“I worked closely with him during his time here at the Metropolitan Police Department,” Contee said. “He served the citizens of the District of Columbia well,” the chief said.

“This investigation is taking place in Florida. I’m sure he’s entitled to due process and whatever the facts are in that case will be revealed. But I really have nothing beyond that,” Contee said. “I don’t know a whole lot about that case.”