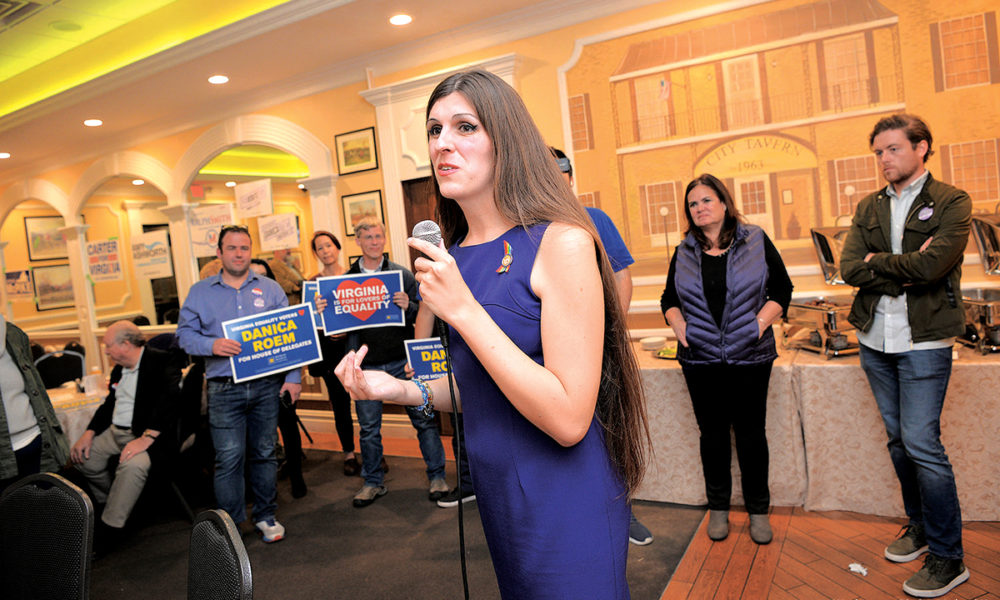 The Comings & Goings column also invites LGBTQ+ college students to share their successes with us. If you have been elected to a student government position, gotten an exciting internship, or are graduating and beginning your career with a great job, let us know so we can share your success.

Congratulations to Danica Roem on being named executive director of Emerge Virginia. Emerge Virginia is the commonwealth’s premier organization recruiting and training Democratic women to run for office. Emerge Virginia has a track record for getting Democratic women elected. Since the organization launched in 2014, the program has equipped 198 women with the skills needed to bring change to their communities; 26 alumnae currently serve in office in Virginia with 12 alumnae serving in the House of Delegates with Roem.

A’shanti F. Gholar, president of Emerge said, “I am incredibly excited to have Danica Roem join us as the next Executive Director of Emerge Virginia. Danica is a trailblazer with a proven track record. Her journey and leadership have inspired countless Emerge alumnae to step up to run and win, and we know she’s going to bring those skills to empower diverse communities across the commonwealth. Through her efforts, Emerge will reach thousands more women of the New American Majority — women of color, Black, Brown and Indigenous women, young, LGBTQ+ and unmarried women. They will repower political structures, as we reach for our future together. We are proud to add her to our amazing team.” Upon accepting the position Danica said, “I’m excited to serve as the next executive director of Emerge Virginia while continuing my work representing the people of the 13th District of the Virginia House of Delegates. Most delegates have a second job and this will be mine. I’m staying in office and plan to be on the ballot again in 2023. As executive director, I’ll be able to recruit, train and empower the next generation of women leaders in Virginia who will work alongside my Emerge sisters and me in elected office. Emerge is essential to the future of Virginia and I’m eager to begin the transformative work we will accomplish together.”

Before taking this role, Roem was closely involved with Emerge as an alum using what she learned to run and win in her very first campaign. She became the first out-and-seated transgender state legislator in American history, unseating a 13-term anti-LGBTQ incumbent.

Roem is a lifelong Virginian from Manassas. She worked as a community newspaper reporter authoring more than 2,500 news stories about her home community of Prince William County as the lead reporter of the Gainesville Times/Prince William Times. She has worked as the news editor of the Montgomery County Sentinel and also covered state and federal campaigns for The Hotline. Away from journalism and politics, Roem spent 12 years fronting heavy metal bands and ran her own mobile yoga studio set to a heavy metal soundtrack. She is also the author of her memoir, “Burn the Page.”