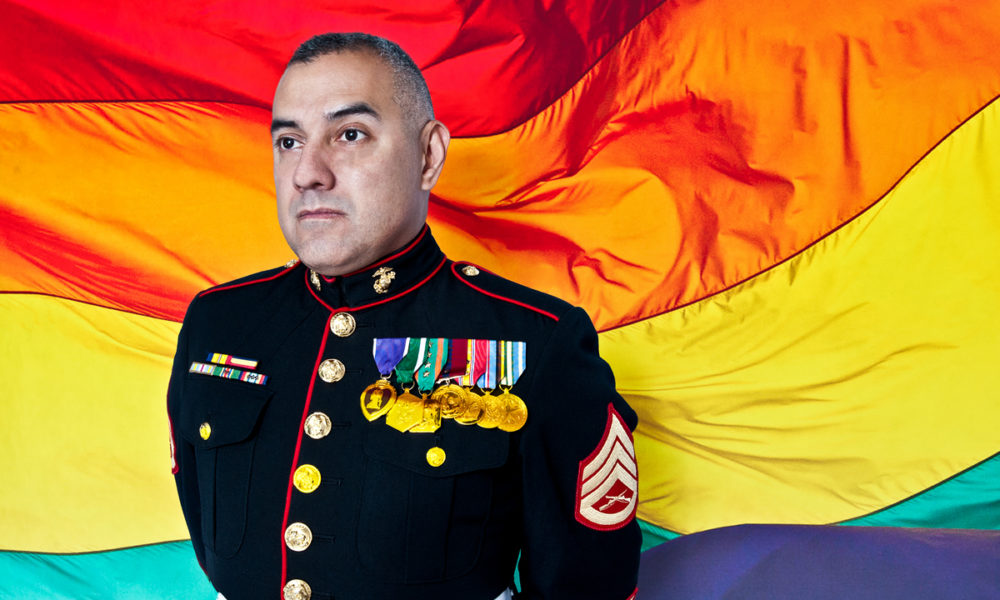 The D.C. Gay and Lesbian Activists Alliance on May 10 released its rating scores for candidates running for D.C. Mayor, D.C. Attorney General, and D.C. Council in the city’s June 21 Democratic primary as it has in D.C. elections since the early 1970s.

In a development that may come as a surprise to some observers, Mayor Muriel Bowser and the two gay candidates running for seats on the D.C. Council received lower ratings than one or more of their opponents.

GLAA, a nonpartisan LGBTQ advocacy group, issues its ratings on a scale ranging from -10, the lowest possible score, to +10, the highest possible score. It bases its ratings on candidates’ responses to a 10-question GLAA questionnaire that covers a wide range of both LGBTQ and non-LGBTQ specific issues. The questionnaire also asks candidates to provide a detailed account of their past record on LGBTQ specific issues.

Candidates that do not return the questionnaire receive an automatic rating of “0.”

Gay former D.C. police officer Salah Czapary, who’s running for the Ward 1 Council seat and who has been endorsed by the Washington Post, came in third place in the GLAA ratings for the three-candidate race in Ward 1. He received a +4 GLAA rating compared to the +9.5 rating for incumbent Ward 1 Councilmember Brianne Nadeau and the +6 rating received by challenger Sabel Harris.

Gay D.C. Board of Education member Zachary Parker, who’s running for the Ward 5 Council seat, came in second place for the GLAA ratings in the seven-candidate Ward 5 race with a +6.5 GLAA rating.  Community activist Faith Gibson Hubbard came in first for GLAA’s Ward 5 ratings with a score of +7.5. Candidates Gordon Fletcher, Gary Johnson, Kathy Henderson, and Art Lloyd each received a “0” rating for failing to return the GLAA questionnaire.

GLAA announced it has declined to rate the Ward 5 candidate with the highest name recognition – former at-large and former Ward 5 Councilmember Vincent Orange “due to his 2016 resignation from the D.C. Council for a conflict of interest.”

GLAA adopted a policy of not rating candidates found to have what it considers ethics related violations in 2020 when it similarly declined to rate former Ward 2 D.C. Councilmember Jack Evans, who also resigned over ethics issues.

In the race for D.C. Council Chair, GLAA awarded a rating of +8.5 to Democrat Erin Palmer, the only challenger in the primary to incumbent Council Chair Phil Mendelson, who received a +6 GLAA rating.

For the at-large D.C. Council race, incumbent Councilmember Anita Bonds came in second place with a +6 rating behind challenger Lisa Gore, who received a 8.5 rating. Of the two remaining challengers, Nate Fleming received a +5.5 rating and Dexter Williams received a +4.5 rating.

In a statement accompanying its ratings for each of the candidates GLAA explains the rationale for its individual ratings, pointing out that some of the candidates – including Bowser and the two gay candidates – lost points for disagreeing with GLAA’s positions on both LGBTQ and non-LGBTQ specific issues.

Those issues are outlined in a nine-page document GLAA released with its rating scores called “Leave No One Behind: 2022 D.C. LGBTQ Election Guide.” The document expresses strong support for a number of controversial issues that political observers say will play a role in D.C. voters’ decisions on which candidates to support for mayor and D.C. Council.

Among the issues for which GLAA supports and asks in its questionnaire whether the candidates support are “full decriminalization of sex work for adults; repeal of the subminimum wage for tipped workers; removal of criminal penalties for drug possession for personal use; and a call to “divest” from the D.C. Metropolitan Police Department funds that should be invested in “vital programs, including anti-poverty, violence prevention, and crisis intervention” programs.

The GLAA policy document also calls for providing “sufficient affordable housing units for all households earning less than 30 percent of the Area Median Income (AMI); expanding access to the city’s housing voucher programs for LGBTQ people in need; and additional funding for the D.C. Office of Human Rights to end its backlog of discrimination cases.

In the statement accompanying its rating for gay candidate Czapary, GLAA says he supports the GLAA policy statement on most issues but lost points for opposing cuts in the D.C. police budget and for not providing enough details about his past record on LGBTQ issues. “GLAA values him running for office as an out member of the LGBTQ+ community,” the statement says.

GLAA said Parker, the Ward 5 Council gay candidate, also supports GLAA’s policy positions on most issues and his responses to the questionnaire “have an average level of detail.” The group said he too didn’t provide sufficient detail on how his past work “impacts LGBTQ+ people” but that GLAA “appreciates him coming out as gay while running for office.”