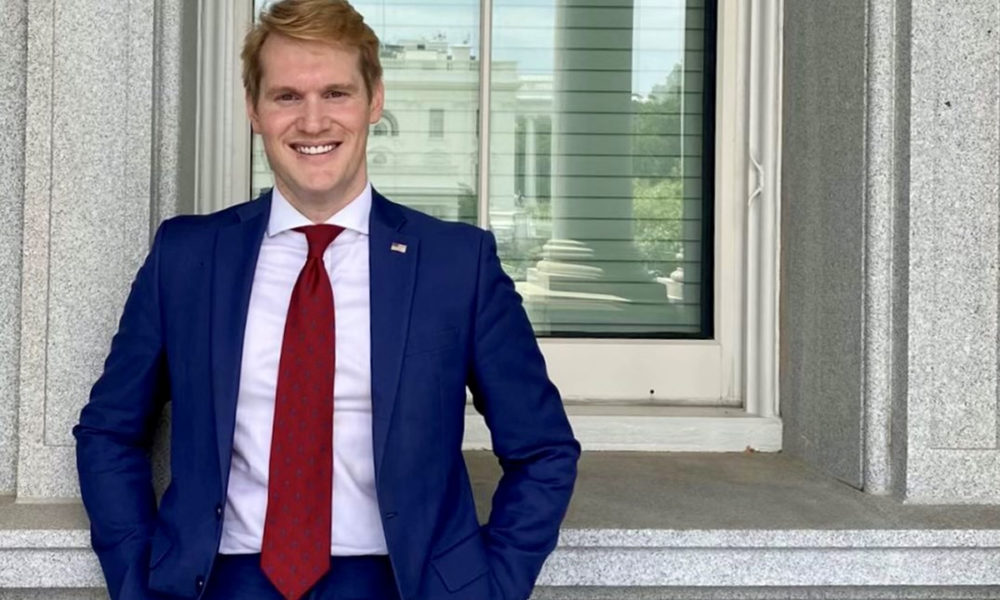 Under the “People’s Tree” sculpture near the Columbia lakefront, Howard County Executive Calvin Ball announced at a press conference on Wednesday the filing of legislation that would permanently establish the current LGBTQ Workgroup as a formal commission.

The new commission would follow the work of the LGBTQ Workgroup launched in 2019 by Ball.

“This commission will help move Howard County forward and will identify best practices to affirm members of the gay and transgender community; recommend initiatives to support LGBTQIA+ families and children; and advise us on policy and programs that impact our gay and transgender community, and on how to improve outcomes for underserved and at-risk members of the LGBTQIA+ population,” said Ball in his opening remarks in front of a crowd that included members of the LGBTQ Workgroup, county employees, members of the county’s Human Rights commissioners and LGBTQ activists and allies as well as elected officials and candidates.

He added, “The commission will support, plan, and help execute events, like PRIDE, to celebrate and affirm our community.”

“Howard County and Maryland have always led the way on LGBTQ+ rights,” said Macfarlane, a lifetime Howard County resident and the first openly gay elected official in the county. “From Howard County’s anti-discrimination law passed many decades ago, to hate crime and anti-discrimination laws at the state level, to Maryland becoming one of the first states to pass marriage equality — not by judicial fiat — but by popular vote. Our community and our allies have achieved so much, but we know our hard-fought rights are under siege as we speak.”

Ford, the only out member of the county’s Human Rights Commission, continued that point.

“From a failed attempt to disrupt a Pride celebration in Idaho, to storming into a drag queen storytelling session in California, to over 200 bills in state legislatures aimed at stripping the rights of LGBTQ people especially trans kids — these are wake-up calls. Moreover, at one political party’s convention in Texas this past weekend, language was added to their platform that ‘homosexuality is an abnormal lifestyle choice’ and that party opposes ‘all efforts to validate transgender identity.’”

Ford pointed out that recent Pride flag burnings in Baltimore and that Pride flags have been banned in neighboring Carroll County schools, the chopping down and theft of a welcoming sign from a local church, and a vocal group of parents trying to ban LGBTQ content from books to curricula in schools indicate Howard County is not immune to hate.

The plan for the establishment of the new commission requires the approval of the county council and will be filed in July.

The George Howard Building, the headquarters for Howard County government, was bathed in rainbow lights after Wednesday’s event.