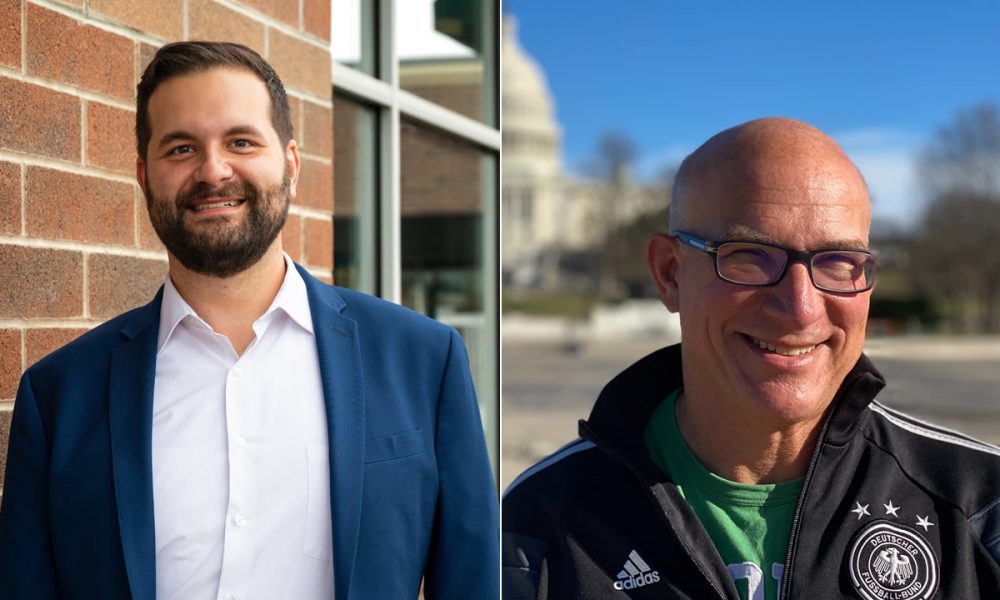 A panel of four medical and local health officials provided the latest information about the monkeypox outbreak in the nation’s capital and answered a wide range of questions from an audience of more than 100 people on Monday night at a Monkeypox Town Hall meeting sponsored jointly by the D.C. Department of Health and the Washington Blade.

Among those attending the event, which was held at the Eaton Hotel in downtown D.C., were representatives of several local LGBTQ organizations and many who self-identified as members of the city’s diverse LGBTQ community. Also attending was Japer Bowles, director of Mayor Muriel Bowser’s Office of LGBTQ Affairs.

“We’re here to try to give you the best information we have,” said physician Brown in opening the Town Hall event. “Unfortunately, there are some things that are realities for us with monkeypox,” he said. “The first is, we are learning about this new strain and this new manifestation of the disease on a day-by-day basis,” he continued, noting that while monkeypox has been around since the 1950s, its recent movement outside of Africa to other parts of the world is a new phenomenon.

“Number two, we are woefully – I don’t want to use the word unprepared, but we don’t have the requisite vaccines around this country and around the world yet to take care and prevent the spread of this disease,” he said. So, until the federal government provides the necessary number of vaccine doses needed, public health officials, including those in D.C., must undertake a “massive triage” to offer the available number of vaccine doses to those determined to be in most need, Brown told the gathering.

Barnes of the Department of Health, which refers to itself as D.C. Health, provided an update on the current D.C. monkeypox outbreak.

“Currently, we have about 172 cases here in the District,” she said. “We are really working hard to make sure we are reaching out to everyone who is affected,” Barnes continued. “Our contact trace force has identified and provided vaccines for more than 500 close contacts of those 172 cases,” she said.

“Over 90 percent of those cases are of men who identify as gay, same-gender loving, or men who have sex with men or bisexual,” Barnes told the Town Hall gathering. “And to date, nearly 16,000 residents have registered for the pre registration for the vaccination.”

Barnes noted that the Town Hall gathering took place on the same day that D.C. Health officials modified their monkeypox vaccination strategy by temporarily stopping the administration of the second dose in the two-dose regimen so that more people will get at least one dose.

She said the city will continue to provide a second dose to people who are immunosuppressed and who are considered at higher risk for monkeypox infection. According to Barnes, studies have shown that a one-dose vaccination using the more commonly used of the two available monkeypox vaccines – the JYNNEOS vaccine – still provides significant protection against infection.

The panelists noted that D.C. only has about 10 percent of the number of vaccine doses it needs to meet current demand.

Bryant of the AIDS Healthcare Foundation (AHF) gave a presentation on the differences between the two vaccines, which have been approved by the U.S. Food and Drug Administration. He pointed out that the second one, known as ACAM2000, requires only one dose. But it has certain side effects that prevent its use for people with a weakened immune system as well as for people with other pre-existing conditions such as heart disease, skin conditions, and use of steroids for treatment of other conditions.

Like earlier statements by D.C. Health officials, Barnes, Carey of Whitman-Walker, and Brown stressed that Monkeypox, while currently most prevalent in the U.S. among men who have sex with men, should not be considered a “gay” disease.

“Viruses don’t discriminate,” Brown told the gathering. “Humans discriminate. But this virus doesn’t,” he said. “The fact is this is a skin-to-skin transmission disease. Any type of person who has direct contact with the skin with a person who has an infectious rash can get this disease.”

Among the most frequent questions and comments from audience members at the Town Hall were related to concerns over the insufficient number of vaccine doses currently available. The panelists, including DC Health’s Barnes, pointed out that the federal government is responsible for providing vaccine doses to all 50 states and D.C. They noted that federal officials, including the Biden administration, have promised to greatly increase the vaccination doses within the next few months.

Barnes said D.C. vaccination policy remains the same from its earlier announcements, with the population groups deemed most at risk being placed on the list of those eligible for a vaccination. They include these categories of people:

• Gay, bisexual, or other men who have sex with men and have multiple (more than one) sex partners in the last 14 days.

• Transgender women or nonbinary persons assigned male at birth who have sex with men.

• Sex workers (of any sexual orientation or gender)

• Staff (of any sexual orientation or gender) at establishments where sexual activity occurs such as bathhouses, saunas, or sex clubs.

D.C. Health officials have urged all D.C. residents to pre-register for the monkeypox vaccine so that they can be contacted by the city as soon as they become eligible for the vaccine at Monkeypox | doh (dc.gov)

A full viewing of the Monkeypox Town Hall sponsored by D.C, Health and the Blade be viewed below.