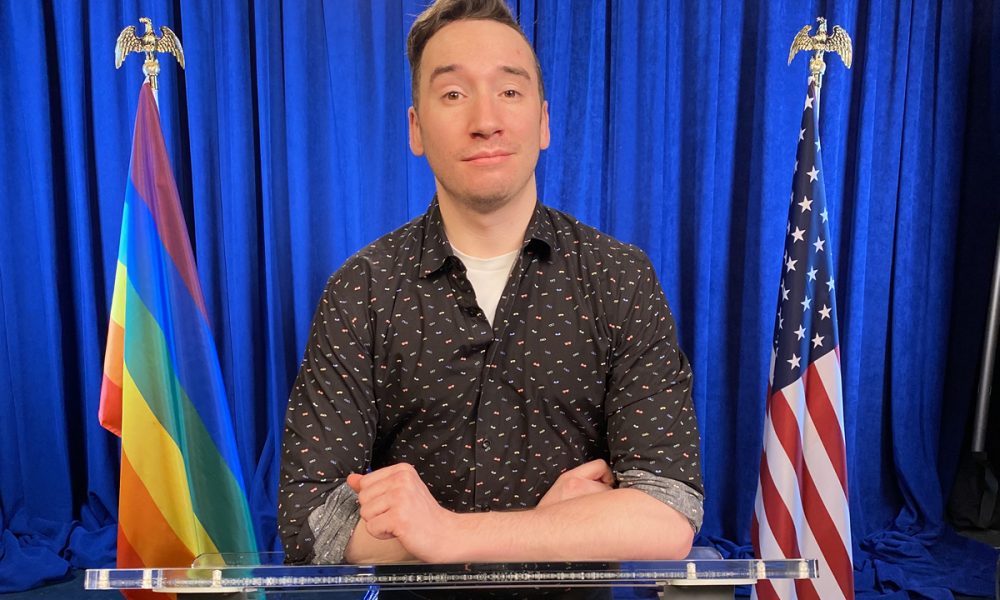 In a little-noticed development, a federal judge on Sept. 2 sentenced Kenneth P. Gaughan, a gay former assistant superintendent and contracting liaison for the Catholic Archdiocese of Washington, to six years and six months in prison on charges that he fraudulently obtained more than $2.1 million in funds for personal use from two federal COVID relief programs.

Records from the U.S. District Court for the District of Columbia show that Gaughan pleaded guilty on March 2, 2022, as part of a plea bargain offer by prosecutors to partially reduced charges related to the COVID relief program case as well as to a charge that he embezzled more than $438,000 from the Archdiocese of Washington, where he was employed from 2008 to 2018.

Gaughan was released while awaiting trial after his arrest on Aug. 11, 2020, on a criminal complaint that combined the charges from the federal relief fund case and the Archdiocese of Washington case.

In addition to the six years and six months prison term, U.S. District Court Judge Tanya S. Chutkan sentenced Gaughan to three years of supervised probation upon his release. She also ordered that he pay restitution for the money he is charged with stealing through fraud and embezzlement at an amount to be determined at a Nov. 15 restitution hearing, according to court records.

“For a decade, Kenneth Gaughan stole money meant to help needy people, businesses, and organizations, starting with a scheme defrauding his own employer and later looting government COVID-relief efforts,” said U.S. Attorney for D.C. Matthew M. Graves in a statement released at the time of the sentencing.

“He went to great lengths to conceive, carry out, and conceal his crimes,” Graves said. “Now, he will be facing the consequences of his greed with confinement in a federal prison.”

The statement released by the D.C. U.S. Attorney’s Office says Gaughan’s work at the Archdiocese of Washington, which oversees churches and Catholic schools in D.C. and Maryland, included overseeing services such as anti-bullying programs, crisis intervention, and professional development efforts at approximately 95 Catholic schools.

“Beginning in at least June 2010 and continuing through April 2018, Gaughan caused the Archdiocese to pay invoices manufactured by Gaughan purportedly for anti-bullying and crisis intervention programs, as well as for software used to send mass messages to Archdiocese students and families,” the statement says. It says he concealed his ownership and control of three companies that billed the Archdiocese for services the fake companies never performed.

The statement says Gaughan targeted the COVID-related Federal Paycheck Protection Program (PPP) and the Economic Injury Disaster Loans (EIDL) program for his fraud scheme in which he allegedly stole more than $2.1 million. It points to evidence gathered by the FBI and the IRS showing that Gaughan created at least nine fake companies to apply for COVID relief loans that, under the relief programs, do not have to be repaid.

Charges filed in court show that most of the fake companies Gaughan created purported to provide support for animals, using such names as Service Dog of America, Inc. and Therapy Dog Incorporated.

“Gaughan made false representations to receive the loan funds, including forged paperwork and bank records,” the U.S. Attorney’s statement says. “Gaughan then used a portion of the loan proceeds to purchase a 2020 Cruisers Yachts 338 CX 33-foot watercraft, a 2020 Kia Stinger, and a rowhouse in Northeast Washington,” according to the statement.

A sentencing memorandum filed in court by prosecutors in August called on the judge to hand down a sentence of 78 months in prison, which is what the judge handed down at the Sept. 2 sentencing. The sentencing memo also notes that Gaughan agreed in his plea deal to pay restitution in the amount of $2,620,665.99, a higher amount than the amount prosecutors initially said he stole through the government relief programs and from the Archdiocese of Washington.

“The higher amount includes additional victim requests made after the entry of the plea that should be awarded as mandatory restitution,” the sentencing memo says.

The memo makes no mention of whether Gaughan has the financial ability to pay that amount.

Property records from the D.C. Office of Tax and Revenue show that the townhouse that Gaughan allegedly bought with stolen and embezzled funds at 112 V St., N.E. in June 2020 for $1,089,000 was sold by the city in a tax sale in August of this year. The city property records show the owner, which was identified as 112 V St., NE Trust, was $24,596 in arrears in property taxes. The Blade couldn’t immediately determine whether Gaughan or someone else owned the 112 V St., NE Trust company.

Court records also show that Gaughan’s attorney, Jonathan N. Rosen, filed a motion in court on Sept. 15 requesting that Gaughan be placed in the Federal Correctional Institution prison in Morgantown, W.Va. “and that the defendant be allowed to self-surrender after the restitution hearing in these matters,” which is scheduled for Nov. 15.

Although the public court records do not show whether Gaughan was ordered to begin his prison sentence at the time of the Sept. 2 sentencing, the motion by his attorney suggests he may not have been sent to jail at the time the motion was filed on Sept. 15.