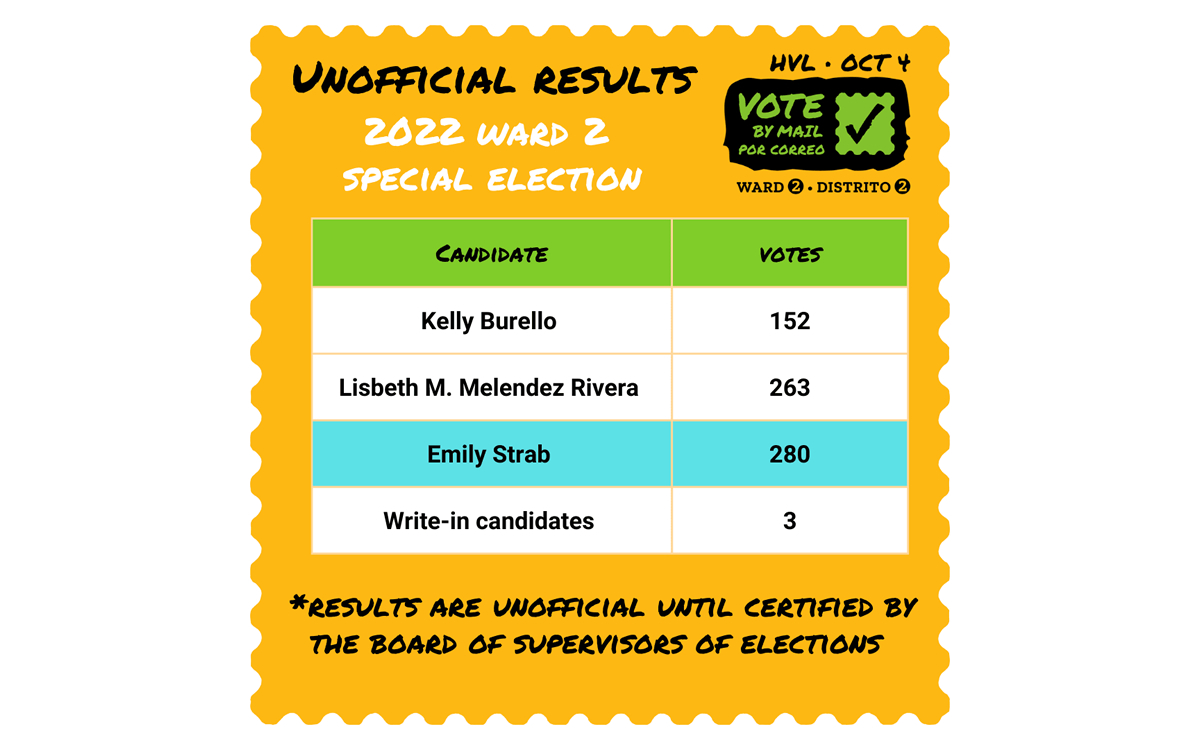 Lesbian activist and diversity consultant Lisbeth Melendez Rivera was behind her closet rival by just 17 votes on Tuesday night in a three-candidate special election to fill a vacant seat on the Hyattsville, Md., City Council.

In what it said were the unofficial results of the special election, the Hyattsville Board of Supervisors of Elections posted on its website that candidate Emily Strab had 280 votes, Melendez Rivera had 263 votes, and candidate Kelly Burello had 152 votes. Three votes were cast for write-in candidates, the election night posting said.

“Results are unofficial until certified by the Board of Supervisors of Election,” the posting said. The certification was scheduled to take place at 1 p.m. Thursday, Oct. 6.

The online posting of the results did not say whether there were any outstanding votes from absentee or mail-in ballots. A spokesperson for the election board couldn’t immediately be reached Tuesday night or Wednesday morning.

Melendez Rivera currently operates BQN Consulting, a firm she created to provide support services related to organizing, training and capacity building, according to the firm’s website. The website says that from 2014 to 2017 she served as Director of Latinx & Catholic Initiatives for the Human Rights Campaign, the D.C.-based national LGBTQ advocacy organization.

“Have I said this is the end? No, because I want to wait until tomorrow at 1 to see the outcome,” she said.

“What I know is everything that was available to them was counted as of 9:30 last night,” she said, referring to the election board. “There is a process today. They will do a last check of the mail to see if anything was postmarked before 8 p.m. last night,” Melendez Rivera said in referring to possible additional mail-in ballots.

Melendez Rivera said she portrayed herself as the most progressive of the three candidates running for the nonpartisan City Council seat in a city that many consider to be one of the most progressive jurisdictions in the Washington metro area. Residents starting at age 16 and non-citizen immigrants are allowed to vote in local elections.

Like Melendez Rivera, Strab, a former teacher and school administrator, and Burello, who has worked as a workplace diversity trainer, each expressed support for Hyattsville’s diverse population, including racial minorities and immigrants.

The 698 total votes cast in the special election as of Tuesday night is considered a low turnout in the Ward 2 election district, which has a little over 2,000 registered voters.

This story will be updated when new information becomes available.