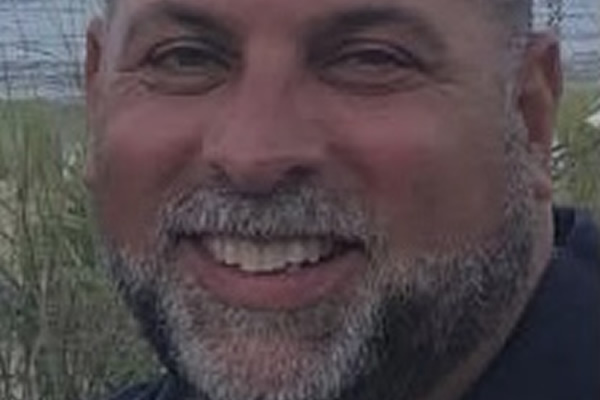 TYSONS CORNER, Va. — Democrats on Tuesday suffered stinging loses in Virginia that could prove ominous for the party heading into the 2022 midterm elections.

Youngkin told his supporters in Chantilly early Wednesday morning that he will work to create “a Virginia where the Virginia promise comes alive for everyone who calls this Virginia home,” without specifically mentioning LGBTQ people.

“We will change the trajectory of this commonwealth and friends, we are going to start that transformation on day one,” he said. “There is no time to waste.”

“While last night we came up short, I am proud that we spent this campaign fighting for the values we so deeply believe in,” he said in a statement. “We must protect Virginia’s great public schools and invest in our students. We must protect affordable health care coverage, raise the minimum wage faster, and expand paid leave so working families have a fighting shot. We must protect voting rights, protect a woman’s right to choose, and, above all else, we must protect our democracy.”

Youngkin during the campaign expressed support for Tanner Cross, a gym teacher at a Leesburg elementary school who was suspended in June after he spoke out against Virginia Department of Education guidelines that are designed to protect transgender and non-binary students. The former co-CEO of the Carlyle Group, a private equity firm, earlier this year also said he does not support allowing trans children to play on sports teams that are consistent with their gender identity.

The anti-LGBTQ Family Research Council, which the Southern Poverty Law Center has categorized as an extremist group, is among the groups that endorsed Youngkin, who also opposes marriage equality. Youngkin nevertheless told the Washington Post in a recent interview that it is “legally acceptable” in Virginia and he would “support that” as governor.

McAuliffe, who received the endorsement of both the Human Rights Campaign and Equality Virginia’s political action committee, during an Oct. 21 telephone interview with the Washington Blade described Youngkin as “the most homophobic, anti-choice candidate in Virginia history.”

McAuliffe sought to portray Youngkin as an acolyte of former President Trump. McAuliffe also criticized Youngkin over his call to ban the teaching of critical race theory in Virginia schools, even though it is not part of the statewide curriculum.

Youngkin’s campaign, for its part, has pointed out that HRC in 2019 named the Carlyle Group as a “Best Place to Work for LGBTQ Equality” in its annual Corporate Equality Index. Log Cabin Republicans is among the groups that endorsed Youngkin.

“Glenn Youngkin’s anti-equality, anti-choice, racist tactics sought to sow fear and confusion, turning Virginian against Virginian for political gain,” said interim HRC President Joni Madison on Wednesday in a statement. “His hateful policies and rhetoric will have a real, devastating impact on LGBTQ+ people, women, and people of color across the commonwealth. This is particularly true for transgender young people and their parents, who have faced an onslaught of targeted attacks that have put them in danger in their schools and communities.”

State Del. Danica Roem (D-Manassas), who is the first openly trans person seated in any state legislature in the U.S. won re-election in the 13th District. Republicans, however, appear to have regained control of the Virginia House of Delegates. Democrats still control the state Senate by a 21-19 margin.

Democrats in 2019 regained control of the General Assembly for the first time since the 1990s.

Outgoing Gov. Ralph Northam over the last two years has signed a series of LGBTQ rights bills that, among other things, added sexual orientation and gender identity to Virginia’s nondiscrimination law and banned so-called conversion therapy for minors. Madison said HRC will “fight alongside our members and partners to block anti-equality policies and overcome the forces that are trying to drag us backwards.”

“The movement for equality is on the right side of history,” added Madison.

“We know that the majority of Virginians support LGBTQ people. Virginians want to see their LGBTQ neighbors protected from discrimination. Virginians want to see their LGBTQ friends be able to get married and raise a family. And, we expect all of our elected leaders to hold true to these values of equality and fairness,” said Lamneck in a statement to the Blade. “We have worked hard for the protections that we now have in place, and together, with thousands of our supporters from every corner of the state, we will ensure that Virginia remains a welcoming place for all LGBTQ people.”

Bob Witeck, a longtime LGBTQ rights activist who lives in Arlington, on Wednesday in an email to the Blade conceded it “is a rough morning, given Virginia’s 12-year pattern of turning the commonwealth bluer.”

“I suspect Youngkin will not lead like a culture warrior,” he added. “However, the other two statewide officials, Winsome Sears (lieutenant governor) and Jason Miyares (attorney general) are mirrors of Trump and can cause more significant setbacks, especially Miyares in his role.”

Witeck said he agrees with Tré Easton, a senior advisor for Battle Born Collective, who told the New York Times that Democrats “can’t scare people into the polls. You have to give people something to vote for.”

“Youngkin and the GOP have picked up on some powerful grievances among white voters and parents that we will need to combat persuasively,” said Witeck. “Virginia was definitely a battleground for LGBTQ families and citizens since it turned on control of schools, and fear of trans kids once again as well as curricula.”

Charlotte Clymer, a trans activist, on Wednesday said the Virginia election results are not “about McAuliffe’s platform” and are “not a reflection on the extraordinary success of Virginia Democrats in the legislature over the past two years.”

“It’s about the central messaging,” said Clymer in a series of tweets. “Voters need a lot more from Democratic candidates than simply being anti-Trump.”

This isn’t about McAuliffe’s platform, by the way. And it’s not a reflection on the extraordinary success of VA Dems in the legislature over the past two years.

It’s about the central messaging. Voters need a lot more from Dem candidates than simply being anti-Trump.