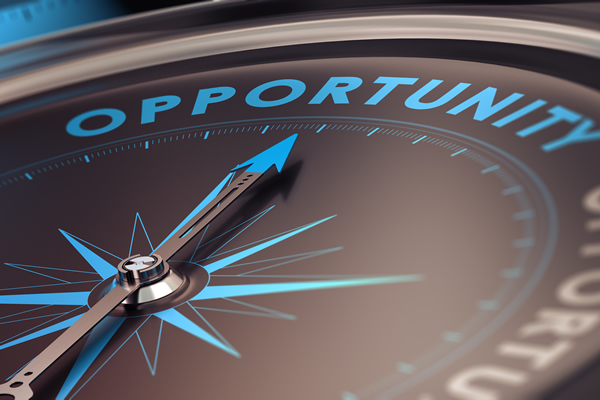 A bisexual Black man in U.S. Immigration and Customs Enforcement custody says he continues to suffer abuse at the Virginia detention center in which he is being detained.

Paul White has been in ICE custody at the Caroline Detention Center in Caroline County, which is roughly 70 miles south of D.C., since August 2020.

The complaint notes three Caroline Detention Facility staffers on Nov. 5, 2020, brought White to a “rover security office” in the back of the dining hall after he complained about the quality of the food he received for dinner. White alleges one of the staffers then “grabbed” him “by his jumper collar and slammed him into the door, threatening that if he moved or said anything, he was going to kill him.”

White during a Nov. 11 telephone interview from the Caroline Detention Facility told the Washington Blade that the staffer assaulted him in an area without video surveillance. White said he filed a complaint with ICE, but “nothing happened.”

The complaint notes the same Caroline Detention Facility staffer who assaulted White last November “approached” him “in his dorm” on Feb. 10 and asked to speak to him.” White, according to the complaint, “refused” and the staffer “then asked to speak to him in the library, where [White] was under the impression that there were no cameras.”

The complaint says White “was afraid to go with” the staffer “to a place with no cameras and refused again.” The staffer then “put everyone in the dorm on lockdown and put [White] in segregation and charged him with “approaching” the staffer “in a threatening manner.” White, according to the complaint, returned to his dorm after the charge was dismissed.

The complaint states a Caroline Detention Facility staffer on May 10 “handcuffed my client and dragged him across the floor on his knees” after White challenged new rules about where detainees could sit in the dining hall.

“I was cuffed because I refused to walk because I was wrongfully targeted and I was like I’m not going to walk,” White told the Blade. “He started dragging me on the ground.”

White said the staffer then threatened to mace him.

“He pulled his mace out, had it over my face and threatened me if I don’t get up and walk, he was going to mace me,” said White. “I turned to him and I was like, ‘I’m in cuffs and you’re going to mace me.’”

White said the next morning he took 10 600 mg Ibuprofen pills in an attempt to die by suicide. White told the Blade that Caroline Detention Facility staffers placed him into an isolation cell, and the pills were among the personal belongings he said they brought to him.

“I was just tired of the abuse that I’ve been suffering by the hands of this facility and ICE,” said White. “I felt like I was worthless and I just wanted to end the pain.”

White described to the Blade another incident in which he said an ICE officer took his blankets and bedsheets away from him after he questioned why they demanded he get out of bed.

White said he didn’t get his “stuff back until” 7 p.m. White told the Blade he reported the incident to both ICE and Caroline Detention Facility staffers, but “they did nothing about it.”

Freedom for Immigrants, the National Lawyers Guild’s National Immigrant Project and the Free Them All VA Coalition on Aug. 31 filed a separate complaint with Culliton-González on behalf of White and 18 other people who are currently in ICE custody at the Caroline Detention Facility or were previously held there.

“Since April 2021, we have received reports from these 19 individuals being held at Caroline Detention Facility who have called the Freedom for Immigrants (FFI) National Immigration Detention Hotline and individual advocates to report that they have suffered from physical and verbal abuse, contaminated food, denials of right to practice religion, medical neglect, denial of disability accommodations, unsanitary conditions, phone access restrictions, solitary confinement and/or COVID-19 negligence,” reads the complaint. “These reports demonstrate a pattern and practice of ongoing and blatant violations of the 2011 ICE Performance-Based National Detention Standards, with which Caroline Detention Facility is required to comply per their contract with ICE.”

White told the Blade that he tested positive for COVID-19 last November. He said he is now vaccinated, but stressed facility staffers don’t wear face masks and don’t properly clean the detention center.

White also said he had a “mental breakdown” a few weeks ago and a Caroline Detention Facility staff person told him “you need to speak with me first” when he asked to speak with a mental health professional and an ICE officer.

White told the Blade that he was eventually allowed to see a mental health professional in the infirmary, but the Caroline Detention Facility staffer nevertheless wrote him up and placed him in segregation. White said he was found not guilty, but the staffer who filed the complaint against him later threatened him.

“The captain looked at me and said I was lucky because if it were him he would have hurt me,” said White.

White also told the Blade that his overall physical health has deteriorated since he arrived at Caroline Detention Facility.

White is from a country that he asked the Blade not to identify, but he said consensual same-sex sexual relations remain criminalized there.

He arrived in the U.S. in 2001 after his mother sponsored him for a green card.

White lived in New York for several years. He worked as a cable company technician before he began an entertainment company and opened a restaurant. White, who has a daughter, moved to Henrico County, Va., in 2012.

He said he was arrested in Chesterfield County, Va., but did not tell the Blade why.

“Basically, as a Black man I was targeted and the justice system basically sent me to prison,” said White.

White has asked the U.S. to grant him protection under the U.N. Convention against Torture due to the persecution he said he would suffer in his home country because of his sexual orientation.

An immigration judge in May ruled against White.

White appealed the ruling to the Virginia-based Board of Immigration Appeals, but it dismissed his case last week.

White told the Blade he is “pretty much scared to my gut” about being deported to his home country.

“I’m going back to a country that I left 20 years ago and I have no financial support,” he said. “Basically, I have to go back to the same place where they’re waiting for me, that I’m going to be harmed.”

“The laws stated that if you’re gay or lesbian, you’re supposed to be locked up and persecuted,” he said. “I see guys got killed, burned and beaten with car tires. I’ve heard of people who got shot and the police’s not going to do nothing about it … the communities govern themselves. When you’re been exposed as being gay, lesbian or bisexual, even your mom, your dad, your cousins, your uncles, they’re all against you and you potentially might not be killed by a stranger. You might be killed by your own parents.”

ICE ‘has zero tolerance for all forms of abuse’

ICE spokesperson James Covington in a statement he sent to the Blade on Monday did not specifically comment on White’s allegations. Covington, however, stressed ICE “has zero tolerance for all forms of abuse, assault, or neglect against individuals in the agency’s custody. Furthermore, ICE practices strict adherence to all federally mandated COVID-19 protocols at all of our facilities.”

“ICE focuses on prevention and intervention with specific requirements for detainee supervision, classification, and background checks for staff and contractors,” said Covington. “Moreover, ICE works extensively to ensure that all detainees are aware of how to make an allegation of abuse or assault, that allegations are treated seriously, that detainees are protected and provided all required services, and that thorough investigations are completed. The agency has implemented policies and procedures to establish an environment where staff and detainees are encouraged and feel comfortable reporting allegations and do not face any retaliation for bringing to light concerning behavior. ICE and facility staff receive specialized training to appropriately respond to all allegations in a professional and timely manner.”

White in a follow-up statement to the Blade said he has “not personally seen any investigation” done in response to his complaints.

“I tried to press charges and they wouldn’t help me,” he said. “They do not take any of our complaints seriously.”

The Queer Detainee Empowerment Project, the Black LGBTQIA+ Migrant Project and La ColectiVA have launched a campaign that urges ICE to release White. The groups have also been adding money to White’s commissary account at the Caroline Detention Facility.

Uchechukwu Onwa, co-director of the Queer Detainee Empowerment Project, spent three months in ICE custody in Atlanta in 2017 after he arrived in the U.S. from Nigeria. Onwa on Tuesday told the Blade during a telephone interview that he is “not surprised” by White’s allegations.

“This is something that we see happen a lot with immigrant communities, but also it’s happened more within the LGBTQ immigrant community and then being Black as well, so this is all linked to anti-Blackness, xenophobia and racist attack,” said Onwa.

“Mr. White’s case is not an anomaly or an exception within the system, but rather the norm,” they said.

“As a Black, bisexual man, Mr. White has been the target of escalated abuse and violence while in detention,” Díaz told the Blade in a statement.

She added White “continues to resist, organize and advocate for the release of himself and others despite ICE continuing to target him.”

“His leadership and willingness to speak out in the face of ongoing abuse is a salient reminder that no matter where someone came from or who we are, everybody’s life is of value and worthy of justice, safety, and dignity,” said Díaz.

White told the Blade “the world needs to know what’s been going on behind these walls when we’ve been detained.”

“Through my story they can understand and know that ICE itself they have been violating the (U.N.) Convention against Torture, and this is what they’ve been doing,” he said. “They’ve been torturing us mentally, and sometimes physically.”