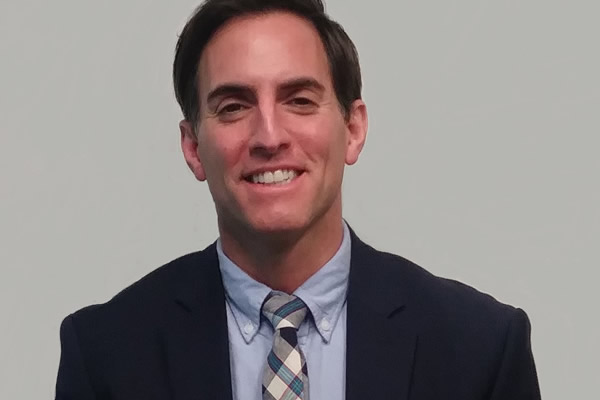 Congratulations to Martin Rouse on being chosen to serve as Victory Fund’s Senior Director of Political Programs. On accepting the position, he said, “Thanks to a solicitation from Victory Fund, I wrote my first check to a queer candidate running for office near my hometown on Long Island over 20 years ago. It is an honor to be a part of their team and help them continue to build and flex the political muscle of LGBTQ people.”

Rouse has more than 20 years of experience as a respected practitioner of civil society leadership resulting in landmark public policy victories for oppressed minorities.

He works with Catamount Consulting in North Bethesda. He served in a number of different positions with the Human Rights Campaign, including: Senior Adviser and National Field Director, Policy & Political Affairs; and as National Field Director. Prior to that he worked as Campaign Director with MassEquality. He has also served as Director of Scheduling and Advance for Secretary Donna E. Shalala at the U.S. Department of Health and Human Services; and in a number of other political positions including Director of the Office of Gay and Lesbian Affairs, City of New York, under Mayor David Dinkins.

Congratulations also to Frederick Appel Isasi, named one of the top lobbyists of 2021 by The Hill. Isasi is the lead author of the new report “Patients, Families, and Communities COVID-19 Impact Assessment: Lessons Learned and Compelling Needs” reported in Politico, which wrote, “Life expectancy in the U.S. has fallen partly because of Covid-19, but drops were significantly greater for Black and Latinx populations than white people, according to a National Academy of Medicine report co-authored by Families USA Executive Director Frederick Isasi.”

Isasi said, “I am proud to lead Families USA as we work to achieve our vision for a nation where the best health and health care are equally accessible and affordable to all. As someone who was raised in an activist, Catholic and Cuban family, it is an honor to represent so many different people like the LGBTQ+, communities of color, and low-income communities.”

Congratulations also to Justin Nelson, co-founder and President of the National Gay and Lesbian Chamber of Commerce, on his reappointment to the Council on Underserved Communities in the Small Business Administration. Initially established in 2010, the Council on Underserved Communities provides advice, ideas, and opinions on SBA programs, services, and issues of interest to small businesses in underserved communities. The 20-member federal advisory committee serves as an essential connection between the SBA and underserved small businesses to work toward creating new initiatives to spur economic growth, job creation, competitiveness, and sustainability across all communities.

On his appointment, Nelson said, “I am honored to be reappointed to the SBA’s Council on the Underserved Communities to ensure that America’s 1.4 million job creating, industry innovating entrepreneurs are well-represented during this critical time for small business investment. Working in close collaboration with our diverse business partners is at the core of who we are at NGLCC.”