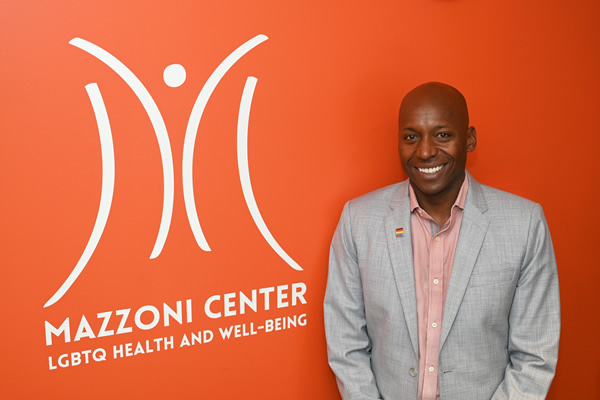 A sentencing hearing scheduled for Dec. 20 for two of four men originally charged with first-degree murder while armed in the July 4, 2016, shooting death of D.C. transgender woman Deeniquia “Dee Dee” Dodds was abruptly cancelled last week without a reason shown in the public court records.

The D.C. Superior Court’s online records for defendant Shareem Hall, 27, and his brother, Cyheme Hall, 25, shows that a status hearing rather than a sentencing hearing has been scheduled for Jan. 28 for Shareem Hall and March 4 for Cyheme Hall.

The two men, who have been held without bond since the time of their arrest in the Dodds case in 2016 and 2017, pleaded guilty to a charge of second-degree murder in 2019 as part of a plea bargain offer by prosecutors. Under the plea offer they agreed to testify as government witnesses at the 2019 trial of the other two men charged in the Dodds murder, Jalonta Little, 31, and Monte T. Johnson, 25.

D.C. police said Dodds was one of several transgender women that the four men targeted for an armed robbery on the night of Dodds’ murder in locations in the city where trans women were known to congregate. Police said Dodds was shot after she fought back when the men attempted to rob her.

The postponement of the sentencing for the Hall brothers came just over a week after Lee, who continues to preside over the case, sentenced Johnson and Little on Dec. 10 to eight years in prison and five years of supervised probation upon their release in the Dodds murder case. But the sentence was for a single charge of voluntary manslaughter, which prosecutors offered to Johnson and Little in September 2021 in exchange for their agreement to plead guilty after the murder charge and other gun related charges were dropped.

The plea agreement included a promise by prosecutors with the Office of the United States Attorney for D.C. to ask the judge for the eight-year sentence for the voluntary manslaughter offense that under D.C. law carries a possible maximum sentence of 30 years.

William Miller, a spokesperson for the U.S. Attorney’s office, has declined to provide a reason for why the sentencing hearing for the Hall brothers was “vacated” as stated in the public court docket and why status hearings were scheduled for the two men instead of a sentencing hearing.

Attempts by the Washington Blade to reach attorney Dorsey Jones, who’s representing Shareem Hall, and attorney Jonathan Zucker, who is representing Cyheme Hall, have been unsuccessful in an effort to determine the reason for the sentencing delay.

Also not responding to a Blade inquiry about the reason for the sentencing delay was Judge Lee’s law clerk, who court observers say would likely know the details of the case.

D.C. attorney Tony Bisceglie, who has practiced criminal law, told the Blade one reason for the postponement of the sentencing could be a request by the Hall brothers through their attorneys to withdraw their guilty plea on the second-degree murder charge. Judges have approved withdrawals of a guilty plea in past cases based on the circumstances of the case, according to Bisceglie.

One possible development is that that the defense attorneys and prosecutors with the U.S. Attorney’s Office are negotiating a new plea deal in which the guilty plea for second-degree murder is withdrawn so that the Hall brothers could then plead guilty to the same lower charge of voluntary manslaughter to which defendants Little and Johnson were allowed to plead.

“It could be that the government is reconsidering,” Bisceglie said. “There are any number of possibilities. There’s no way to know,” he said unless the attorneys or prosecutors agree to disclose what’s happening in the case.

Since status hearings are open to the public, it’s possible but not certain that the reason behind the delay in the sentencing will become known through statements made by the parties at those hearings.

At the time of the sentencing for Johnson and Little, the D.C. Center for the LGBT Community’s Anti-Violence Project submitted a community impact statement to the court calling on Judge Lee to hand down the maximum sentence for the two men.

“We adamantly request that the court impose the maximum sentences allowed, reinforcing respectful and impactful consequences to these defendants for their violent crimes,” the Anti-Violence Project’s statement says. “Additionally, we ask that you take into consideration the perceived vulnerability of the victim of the defendants’ violent crimes as a transgender woman of color whose rights and life were targeted in a way that confirms they did not matter to the defendants,” the statement says.

“This victim’s attempt to defend herself from their violence was answered with lethal brutality,” the statement continues. “Her voice is silenced, but the grief and outcry for justice from the LGBTQ+ community rises to honor her death and demand effective and responsive protection for the lives of all LGBTQ+ people targeted by future criminals.”