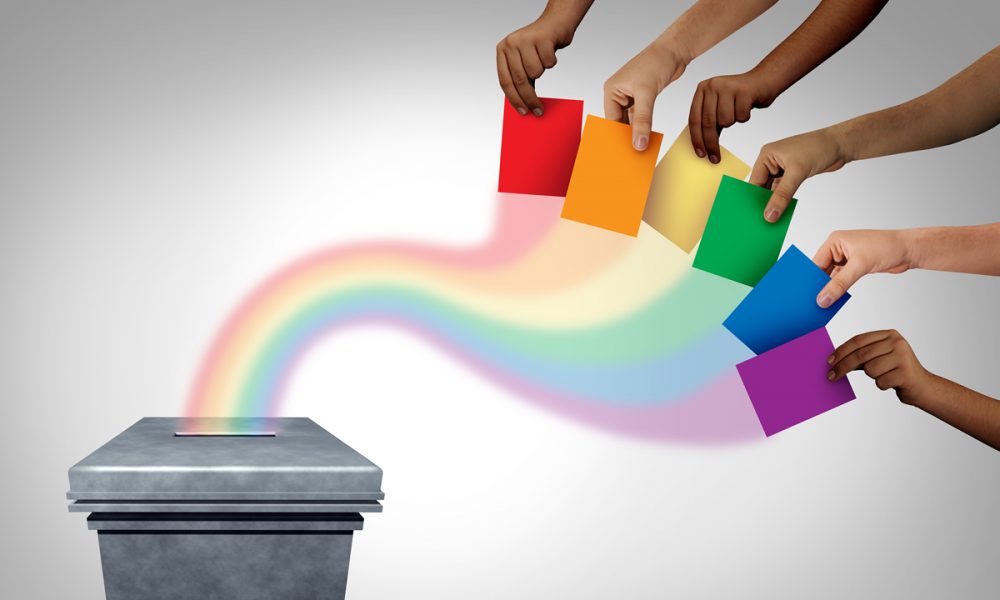 D.C. voting begins, but you can do more

Just as the disease was on a glide path to extinction thanks to new drugs, HIV/AIDS got a boost from a federal court in Texas.

On Sept. 7, U.S. District Judge Reed O’Connor ruled that the government can’t require an employer-sponsored health care plan to cover a therapy that prevents the spread of a disease that has already killed more than 700,000 Americans. The decision in Braidwood Management Inc. v. Becerra is not just poorly argued; it is flat-out cruel.

Perhaps the best feature of the Affordable Care Act (ACA) of 2010, nicknamed Obamacare, was a requirement that insurance offer coverage of specified preventive care procedures and therapies, such as colon cancer screening and influenza immunizations.

In June 2019, the U.S. Preventive Services Task Force, an advisory panel of experts, issued a “Grade A” recommendation for pre-exposure prophylaxis, or PrEP, a medicine that is 99% effective in preventing HIV transmission during sex. The first PrEP drug, Truvada, had been approved seven years earlier by the Food & Drug Administration. On Jan. 1, 2021, the federal government required plans to cover PrEP with no copay, coinsurance, or deductible.

Even before the mandate, the Centers for Disease Control and Prevention (CDC) credited PrEP with helping reduce new HIV infections in the U.S. by 8% between 2015 and 2019 “after a period of general stability.” The CDC now calls PrEP “a key prevention strategy for ending the HIV epidemic in the U.S.,” a goal for 2030 set by both the Trump and Biden administrations.

The way to end AIDS once and for all is to get PrEP to those who need it most. Researchers are developing intravaginal rings, implants, antibodies, and long-lasting injectables. Although PrEP use has risen by a factor of eight in just five years, three-quarters of those most at risk are not using the therapy.

The success of the lawsuit by a group of self-described Christian business owners and employees will make access even more difficult. The plaintiffs argued that the preventive care mandate for PrEP violated their constitutional right to religious freedom. In the complaint, Dr. Steven Hotze said that he was unwilling to pay for a health plan covering PrEP “because these drugs facilitate or encourage homosexual behavior, which is contrary to [his] sincere religious beliefs.”

Hotze, whose vitamin company ran afoul of the FDA for COVID-19 claims, was indicted in April on aggravated assault charges involving a bizarre search for ballots after the 2020 election.

In the PrEP case, Hotze’s objection went beyond gay sex. He complained that providing coverage of the drugs facilitates and encourages “sexual activity outside of marriage between one man and one woman” as well as illegal drug use.

Judge O’Connor agreed. He went even further, ruling that members of the Preventive Services Task Force were “unconstitutionally appointed.”

In a previous case, O’Connor had ruled that the entire ACA was unconstitutional, but the Supreme Court reversed that decision last year. The current ruling draws on the Religious Freedom Restoration Act (RFRA) of 1993, which was enacted by Congress after the Supreme Court ruled in Employment Division v. Smith that the protection of the free exercise of religion in the First Amendment does not entitle anyone to a religion-based exception from a general law.

For example, in Burwell v. Hobby Lobby, a 2014 case, the Supreme Court held that a company owned by religious Christians could be excused from an obligation to pay for health insurance that covered “forms of contraception that the owners regarded as tantamount to abortion.”

But the ruling in the Braidwood case is far more sweeping. The Hobby Lobby plaintiffs considered abortion itself immoral. In this case, it’s not PrEP that Braidwood considers immoral; it’s certain kinds of sexual activities. By substantially lowering the risk of contracting HIV/AIDS, this twisted logic goes, PrEP is a facilitator of what Hotze considers immoral. And by offering insurance that covers PrEP, Braidwood says it becomes complicit.

There is a serious cost to this attenuated argument. By decreasing access to PrEP, people will needlessly become ill and, in some cases, die. The economy will also be burdened with the cost of treating a disease that can be prevented.

Modern science has developed therapies that are ending the spread of a dangerous, mortal virus. Easing access to these medicines is clearly a legitimate function of government — undoubtedly, a compelling interest. What can be more selfish and foolish than to erect needless obstacles for those who want to protect themselves and people around them?

James K. Glassman, a former Under Secretary of State in the George W. Bush administration, is an adviser to health care companies and non-profits.