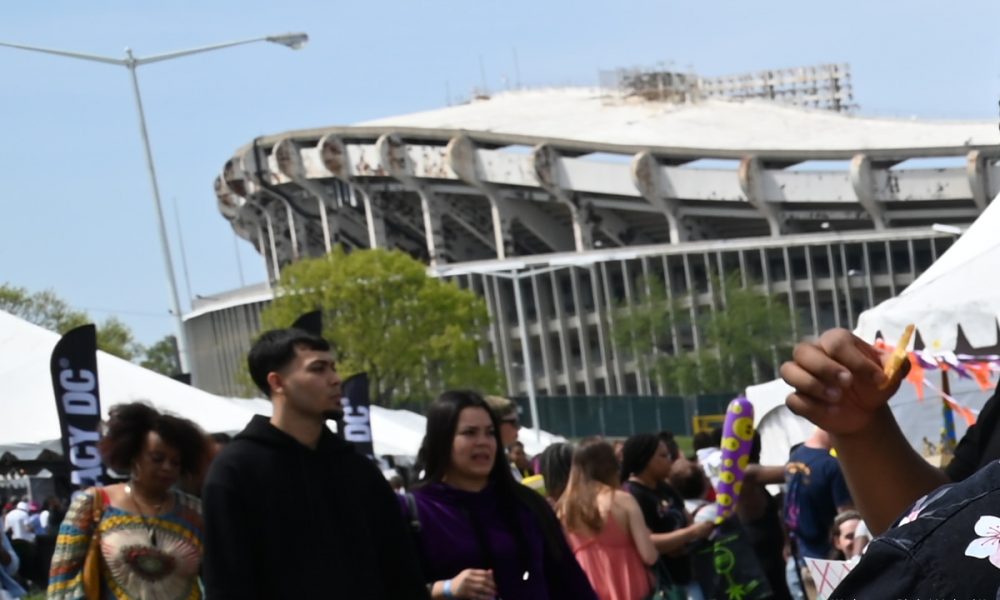 Del. Norton: Introduce a bill to get the RFK site for D.C. now!

The time has come — it’s actually past time — for Del. Eleanor Holmes Norton to introduce a bill in this Congress to get the RFK site for the District. The bill needs to be introduced without any restrictions for its use.

It is time for Council Chair Phil Mendelson, and some other Council members, to get over themselves and stop asking for restrictions on the use of the site before we have it. The use of the site should be decided by the people of the District once we have control of it. The current fight between Mendelson and some Council members, and the mayor, is whether to add a restriction to the bill to ensure the site can’t be used for the Commanders’ football team. Mendelson objects to Dan Snyder as owner. But that fight is simply a distraction at this time and of no value. Whether we want the Commanders or not, or we end up with another stadium or not, should be debated after we control the land. No one knows who will even own the Commanders by the time the deal between the District and the federal government for the RFK site could be complete.

The bottom line is nothing will go on that site after we have it without the Council’s approval. They would have to pass any budget for whatever will go on the site. So having a fight over that now is ridiculous and Mendelson knows it. His demands are standing in the way of the District gaining control of an incredibly important piece of land.

It was reported in 2019 “The District’s non-voting delegate in the House of Representatives, Eleanor Holmes Norton, has formally proposed legislation that would have the federal government sell the 190-acre Robert F. Kennedy Memorial Stadium site to D.C., which could then redevelop the land as it sees fit. Under Norton’s bill, the land would be sold exclusively to D.C. at “fair market value.” Local leaders have for years eyed the site. It is located along the Anacostia River and is one of the last large, undeveloped areas in the city, with no current concrete plans for its future use besides some new recreational fields, an indoor sports facility, a market hall, a few pedestrian bridges, and a memorial to Kennedy. These uses would far from fill the entire 190 acres, and many residents say they support transforming that tract into new housing, retail, and parks.”  Time for Norton to propose that legislation again in this Congress.

There are other issues impacting D.C. that the upcoming mid-term elections, and who controls Congress, could impact. The Washington Post did a piece on some of those, including whether D.C. could create a legal recreational marijuana industry, take back control of the parole system, and control the D.C. National Guard. Clearly there is even more at stake in the long run should Republicans take back Congress and then the presidency in 2024. Many people forget D.C. doesn’t have full control of its budget or legislation. Congress has the right to review any law the D.C. Council passes and to review our budget. They could easily impact whether abortion stays legal and safe in D.C.

So if we can’t get the tough stuff settled, then let’s at least work now to get the easier stuff like the ability to purchase the RFK site done. I understand Mendelson didn’t want to deal with this during his primary as he thought people might misconstrue his approval of an open-ended Norton bill as his approving of the Commanders. Well Phil, you won your primary, and we all know your position, so stop standing in the way of progress. Just think, no matter what we use that site for it will provide thousands of jobs, and the chance for huge tracts of parkland, affordable housing, and recreational facilities. More retail in an area of the city that needs it.

Phil, this is what you are obstructing. You don’t want that as part of your legacy. So Phil, move off your high horse and tell Del. Norton to go ahead and introduce the same bill she did in 2019. Leave the fights for use of the site to the right time and that isn’t now. You and the mayor can debate this later and if you have the votes on the Council your view will win out. If you don’t, then maybe you are on the wrong side of this.