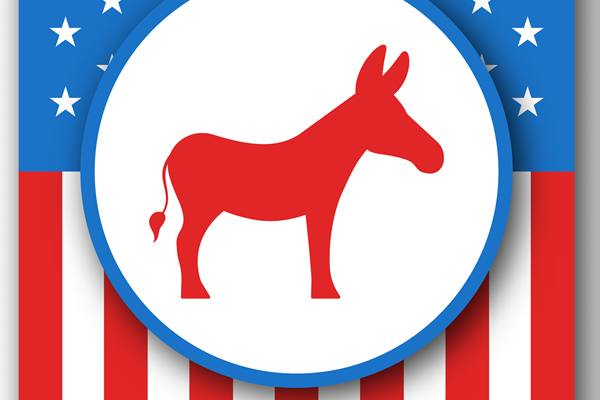 Democrats: Get smart and pass some legislation!

Winsome Sears, a Black conservative Republican, was sworn in as Virginia’s new lieutenant governor in January. Her sparsely reported anti-gay history was not mentioned in the Wikipedia article about her. I decided to change that.

Anyone can write and edit Wikipedia articles. After some false starts, I successfully updated the Sears article to include the following revision:

In a 2004 op-ed piece in the Daily Press, Sears wrote that she “emphatically” supported a constitutional amendment “preserving the institution of marriage to be between a man and a woman.” She added, “I also believe our society has gone immeasurably beyond almost all standards in accommodating the homosexual community [over] the last couple of decades.” During a 2004 political debate, she criticized comparisons of the gay civil rights movement to the Black civil rights movement, saying, “I and people who look like me can’t believe our movement is being hijacked.”

The Human Rights Campaign has accused Sears of running political campaigns based on “her staunch opposition to LGBTQ rights.” In 2021, she appeared in a campaign ad with E. W. Jackson, a controversial pastor who has called homosexuality “a work of the devil.”

Nineteen minutes later, the entry was gone, the article having been “reverted” to its previous state by one of Wikipedia’s 120,000 volunteer editors. Thus began my illuminating journey through the convoluted editorial innards of Wikipedia.

The reason for the reversion was WP:UNDUE, shorthand for “Due and undue weight,” one of more than 200 Wikipedia guidelines and policies. The guideline contains a description of what’s considered the appropriate weight to give content in an article.

I condensed my revision to a single paragraph. The editor reverted it.

In the article’s “talk” section, I was directed to WP:STRUCTURE, describing supposed structural issues with my edit. “This article would benefit from a neutrally-written ‘Political positions’ section,” wrote the same editor, snidely adding, “I do not suggest that you attempt to create one.”

The editor called me a WP:SPA, a single-purpose account “limited to one very narrow area or set of articles.” So I added more viewpoints: conservatives happy about Sears, progressives not so keen on her, criticism of her rifle-toting during the campaign, balanced by her defense of guns and the Second Amendment, and some back and forth on racial politics.

Not only was the new revision reverted, I was also banished for a week for “edit warring” (WP:WAR). “While you are blocked, you might want to read WP:BRD,” advised an administrator.

The “BOLD, revert, discuss cycle” is a method of seeking consensus, starting with, “Be bold, and make what you currently believe to be the optimal changes based on your best effort.” I think I did that.

Next, “Wait until someone reverts your edit. You have now discovered your first VIP [Very Interested Person].” Check.

“Discuss the changes you would like to make with this VIP, perhaps using other forms of Wikipedia dispute resolution as needed, and reach agreement. Apply your agreement. When reverts have stopped, you are done.” Sounds reasonable – in theory.

I added a “Seeking consensus” section to the talk page, prompting a second editor to accuse me of WP:COI (conflict of interest), WP:TIMESINK (“tendentious editing”) and “Failure or refusal to ‘get the point,’” a form of “disruptive editing” in which editors “perpetuate disputes by sticking to an allegation or viewpoint long after the consensus of the community has decided that moving on to other topics would be more productive.” One other editor’s opposition constituted the “consensus of the community”? Oy.

Following more feedback, I trimmed the revision to two sentences, which were rejected in favor of the sole wording suggestion I received, the advice to adopt this super-lean entry: “Sears’ candidacy was supported by Christian Broadcasting Network’s 700 Club and The Washington Times, while opposed by the Human Rights Campaign.”

Believing that sentence to be absurdly incomplete, I entered a “request for comment” (WP:RFC), through which the larger Wikipedia community weighs in. None of the five additional editors who responded sided with me, so that was the end of the process; the Winsome Sears article remained untouched.

My Wikipedia experience ended with the Sears article still including nothing about her views on LGBTQ rights, but the administrator who had banned me for a week offered this: “If there is one thing that is absolutely certain, it is that consensus changes. It is fluid. Because we have such strong policies on the biographies of living persons (WP:BLP) you will find that, on average, we err on the side of being conservative when it comes to including material that is contentious.”

So, potentially, you could have better luck than I did in revising the Winsome Sears article. Why not give it a shot? Anyone can edit Wikipedia.

Dave Walter is a Washington-based writer and editor whose previous journalism experience includes stints at the Washington Blade and The Advocate.