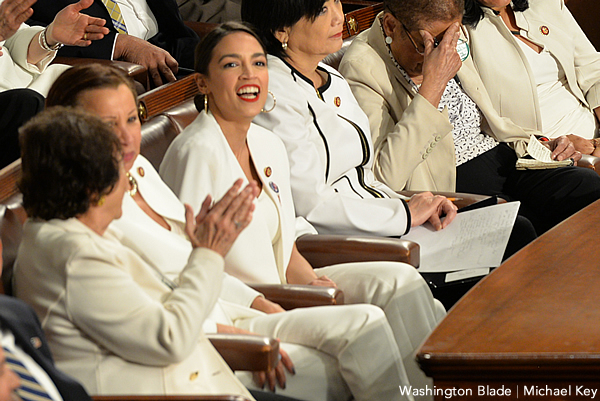 The court, nearly 50 years after it was granted, took away the right for reproductive freedom for pregnant people. What’s even more offensive is that making abortion illegal is frequently done in God’s name. Those opposed to abortion often say that they’re “praying for life.”

I don’t mean to disparage anyone’s faith. I have friends and family members who believe  abortion is morally wrong. They feel that ending a pregnancy (except for race exceptions such as rape, incest, or the mother’s health) devalues human life. Or even that abortion is murder.

I don’t agree with those beliefs, and I want, with every bone in my body, for abortion to be safe and legal. But I respect people who, based on their faith, oppose abortion.

But much of the anti-abortion rights movement is fueled not by sincere arguments based on faith, but by right-wing politicians and groups from Donald Trump to Supreme Court Justice Samuel Alito to the Republican Party who want political power. They would like to turn our country into a theocracy.

They’re not only working to abolish the right to reproductive freedom nationwide, they’re tagging abortion rights proponents as faithless unbelievers.

This comes through sometimes in colorful language. “Satan wants to kill innocent babies, demean marriage and distort the image of God,” a leader of Operation Save America, an anti-abortion group, claimed, reported “The Conversation.”

If I were God, I’d be worried about my brand.

The religious right takes up so much oxygen in the culture, that you might well believe all religious people and faith groups oppose abortion. But you would be wrong.

I’ve been thinking about this since the court overturned Roe v. Wade.

In the early 1980s, a friend who was a Protestant minister, talked with me about what life was life before Roe v. Wade. Memories of that time – when abortion wasn’t legal nationally were on her mind.

The pastor, now deceased, who spoke with me decades ago asked me to keep our conversation confidential. For that reason, I’m not using her name.

In the pre-Roe era, my friend and other clergy as well as members of religious orders (ministers, rabbis, nuns, etc.) helped women to get abortions when the procedure was illegal in many states. “I remember praying so hard,” she recalled, “for the safety of the women. For the doctors. That the doctors or we wouldn’t be prosecuted.”

My friend wasn’t alone back then. In 1967, in New York City, the Clergy Consultation Service, an interfaith group of clergy, was formed to help women access abortions. At its start, 21 Protestant ministers and rabbis belonged to the organization. Soon, about 3,000 clergy were affiliated with the group in 38 states. The CCS had helped some 450,000 women to end their pregnancies by 1973 (when Roe v. Wade legalized abortion).

Today, nearly a half century after Roe, clergy and some faith groups are speaking out against Dobbs and for abortion rights as well as helping pregnant people to obtain abortions.

As was the case before Roe, ministers, rabbis, and other clergy who help anyone end a pregnancy could risk being prosecuted in some states.

“The unconscionable Supreme Court decision to end the constitutional right to abortion,” Catholics for Choice President Jamie L. Mansom said of Dobbs in a statement, “is the culmination of a decades-long religious crusade – spearheaded by the U.S. Catholic Bishops – to take away a woman’s most fundamental freedom.”

“We will stand with you in protest,” national leaders of the United Church of Christ, a mainline Protestant denomination, said after Dobbs came down.

“Today is a day of heartbreak, outrage and injustice,” Jeanne Lewis, CEO of Faith in Public Life, said in a statement, after Roe was overturned.

The Jewish Council for Public Affairs deplored the Dobbs decision. “While we treat a fetus with great significance, it does not merit the status of a person until the moment of birth,” the JCPA said in a statement, “and then it has equal status with the person giving birth.”

“More than half of American Muslims support safe access to abortion,” said Nadiah Mohajir, co-founder of Heart Women and Girls, a Chicago group that works with Muslim communities. “What we’re seeing here is a minority of privileged people who are trying to impose a narrow Christian understanding of when life begins,” PBS reported.

Fighting to restore the right of reproductive freedom will be a long, uphill battle. But whether we’re religious, spiritual, agnostic, or atheist, we can take heart. People of faith are working with us for justice.