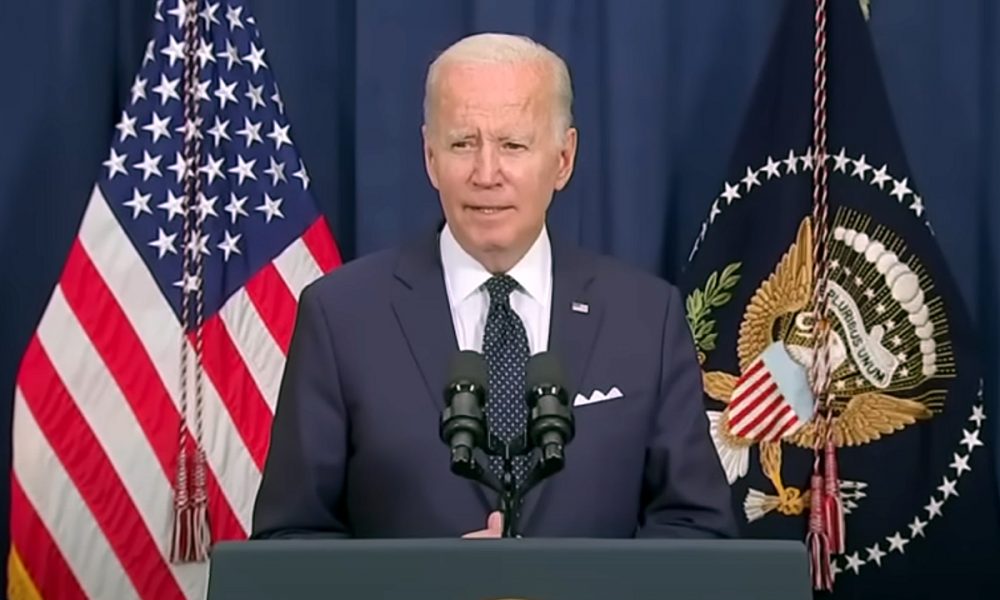 Democrats should stop attacking Biden and target GOP instead

(Editor’s note: This is the second of a two-part column. Click here for the first installment.)

Recently, a 10-year-old girl traveled from Ohio to Indiana. The trip wasn’t fun for this child. She wasn’t going to camp. A victim of rape, she’d been pregnant for six weeks and three days.

But women, non-binary, and trans people shouldn’t count (for much longer) on getting reproductive health care in Indiana. The Hoosier state will likely “further restrict or ban abortion,” the Indianapolis Star reported. The Indiana General Assembly will take up abortion in a July 25 special legislative session.

Welcome to the world after Roe! A vital right of reproductive freedom that we’ve had for nearly half a century has been taken away.

Many of us from disabled people to people of color to queer people wonder: what other rights will be taken from us next?

As a disabled lesbian and daughter of a mom who had an abortion to preserve her life, the Dobbs decision is frightening on so many levels. If I were overly worried or alone in my fright, I’d feel far less scared. But unfortunately, it’s not just me. To be free it’s vital to have choices about your body.

Historically, disabled people haven’t had autonomy over their bodies. Like immigrants and people of color, we’ve been sterilized — prevented from having children — without our consent.

With Dobbs, our right to choose whether or not to give birth is threatened. The Supreme Court ruling will cause bodily harm to “far too many disabled people,” Maria Town, president and CEO of the American Association of People with Disabilities, said in a statement. Dobbs will be especially harmful to “low-income disabled people, disabled people of color and disabled LGBTQIA+ people,” Town said. “We must do all we can to preserve bodily autonomy and prevent further harm,” Town added.

Discomfort, fear, hostility, scorn and disgust with our bodies are the foundation of homophobia and transphobia.

Sometimes, it’s subtle (not a hate crime or even a gay slur, but still there). Decades ago, after my Mom died, my Dad dated a woman who was freaked out by how I dressed. “You look like a man in those jeans,” she said as if I were outfitted like a serial killer.

If you’re LGBTQ, whether you’re eight or 80, you know that homophobia and transphobia are often blatant.

Until, Lawrence v. Texas, the Supreme Court decision that invalidated sodomy laws, gay sex was illegal even among consenting adults.

Many queer people fear that our right to bodily autonomy – from the right for reproductive health care to the right to have sex with or marry who we love – are now potentially in jeopardy. If only our fears were overblown and paranoid.

But, it would be naive to believe this to be true.

The court should reconsider all of its “substantive due process precedents,” Clarence Thomas wrote in his concurring opinion in Dobbs, “including Griswold [the decision that legalized contraceptives], Lawrence and Obergefell.”

Hope dies hard. But if you think Thomas is an outlier in this, you’re being far too hopeful.

In the majority opinion, Samuel Alito said that Dobbs only applied to abortion. But in a 2020 speech to the Federalist Society, Alito criticized same-sex marriage. “You can’t say that marriage is a union between one man and one woman,” he said, “it’s considered bigotry.”

It’s important that we not give into despair. We have fought for our rights before. We know change is possible. If we want action to be taken to restore the right to abortion (and to protect our freedom to love and marry), we must vote for a Democratic Congress and Democratic state legislatures in the mid-terms.

Protests galvanize us and change hearts and minds.

But this Supreme Court cares little for public opinion. The Republican Party is itching to decrease our freedom – from enacting a federal ban on abortion to erasing us with “Don’t Say Gay” laws.

It’s not sexy. You have to read your ballot carefully. You might end up in long lines. But voting is the essential weapon in our fight for justice.