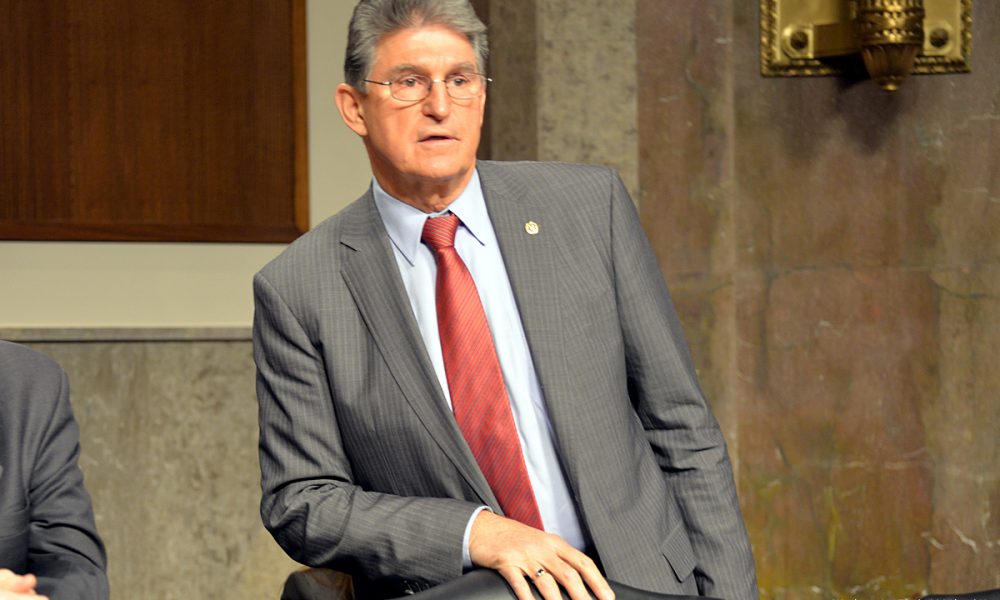 Joe Manchin: enigma to some, hated by others

Usually summer is kind of quiet around here. Washington still has the old-school tradition of emptying out during the hotter months. Out-of-office responses bounce around town like a beach ball. Gays head to Fire Island, Provincetown, Rehoboth, or just anywhere in this city with a pool. Straights go, well, wherever it is they go.

With a quieter town, this column usually takes a few weeks off. But, this town can surprise you. There is a lot of talk around this city. Is the government failing us again when it comes to monkeypox? Where in the world is Ruby Corado? As fast as the news may move, even in the summer, I’m not sure I can really add anything helpful there. So, why not write about another pox on the genitals of America — the Republican Party.

Specifically, have you met Pennsylvania Rep. Glenn Thompson (R-Awkward Thanksgiving). As you may know, last week the House of Representatives voted on the Respect for Marriage Act; the act that would essentially codify not only gay marriage, but also interracial marriage. The bill passed in what could be considered a bipartisan fashion. Two things here — gay marriage is overwhelmingly supported by the electorate, that and the fact that we’re talking that and interracial marriage is a tad embarrassing for our country. None of that stopped 157 House Republicans from voting against protecting them both.

Enter Glenn Thompson. Google him. Hit images. Isn’t it always strange that Republicans just look like Republicans? Round, bald, red tie. Could have been a jerk football coach but life took him in another direction. Well, he’s got a gay son. And, this gay son had his gay wedding just three days after his father voted against the Respect for Marriage Act. What in the gay hell, right?

I reached out to the congressman’s office and his press secretary Maddison Stone. (Just a note, that second ‘d’ is hers not mine.). Stone responded with this sort of canned response, “Congressman and Mrs. Thompson were thrilled to attend and celebrate their son’s marriage on Friday night as he began this new chapter in his life. The Thompsons are very happy to welcome their new son-in-law into their family.” Welcome, indeed.

I have so many questions. But I guess they all boil down to when, exactly, did Republicans get so damn spiteful. Who can’t get behind love? Two men in tuxedos sharing a kiss? Even if you don’t have a gay kid, most folks these days can point to a gay cousin, nephew, friend of a friend of a friend.

But here we are again. Gearing up for another fight over marriage. And here we are calling out Republicans on their blatant hypocrisy and meanness. Calling them out is important for sure. But you just have to remember, people like Glenn Thompson, they just don’t care. And do I feel bad for not only calling out the congressman, but making fun of his appearance? Not really. They don’t care, why should we? And I sincerely hope that every holiday in Congressman Widebody’s home is as awkward and tense as they can be.

Gay marriage has only had seven years of court protection. Roe had decades, remember. And the way the Supreme Court has titled to the far right spectrum of fucking crazy, we should all be worried. Louisiana Sen. Bill Cassidy called it ‘settled law,’ adding ‘right now.’ So, who’s ready for another fight? And until I throw myself over a police barricade at the Supreme Court, if marriage is indeed struck down, I’ll do my part in calling out these assholes whenever I can.

Brock Thompson is a D.C.-based writer. He contributes regularly to the Blade.