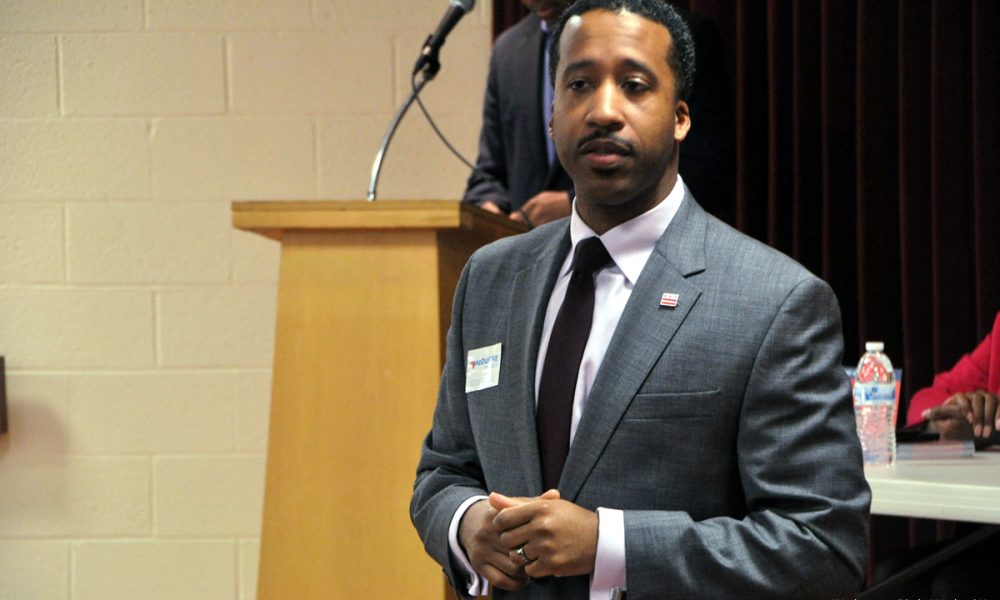 Isn’t it weird that conservative Christians once were the main obstacle to fighting AIDS? Remember how Jesus healed the sick without moral judgment? How he exhorted his followers to love all people as neighbors, even the hated Romans and Samaritans? I learned that in Sunday school as a conservative Christian child, which made my years fighting AIDS in Act Up feel weird and dissonant.

You’d think followers of Jesus would have united to push for treatment and prevention, but that’s the opposite of what happened.

While my friends and family were dying in staggering numbers, the people fighting the hardest against treatment and prevention were ALWAYS conservative Christians — Roman Catholic priests and Evangelical leaders preaching moral condemnation of queer people. They preached that if we just stopped “sinning” we’d be fine, so society shouldn’t waste a penny on us.

As reported in the Los Angeles Blade, Federal District Judge Reed O’Connor ruled in favor of Braidwood Management, a Texas business that describes itself as Christian and claims the “right” not to “pay for homosexuality.”

Braidwood Management challenged a provision of the Affordable Care Act (ACA/Obama Care) that requires employer health insurance policies to cover PrEP, an anti-HIV drug formulation that prevents HIV infection (the virus that causes AIDS) at a rate close to 100%.

Braidwood and their lawyer claim that since Christians do not commit homosexual acts or take IV drugs, Christians are not at risk for AIDS. Therefore, Braidwood should not have to spend money to cover HIV prevention.

O’Connor handed down three specific findings to support his ruling, one of which directly affirms Braidwood’s argument that their religious liberty has been infringed, that Braidwood has a religious right not to pay for treatment that prevents AIDS.

According to the American Medical Association (AMA), the ruling could eventually gut routine healthcare prevention coverage across the board in the U.S.

I have decades of experience in AIDS prevention education, so let me give you a basic overview of the pandemic. Please feel free to skip down to the next section if you don’t need a primer.

AIDS, which used to be almost 100% lethal, first came to the attention of doctors in the early 1980s. AIDS is caused by HIV, a virus we now know started circulating in the U.S. by as early as the early ’60s and certainly by the mid ’70s.

Before effective treatment became possible in about 1996, nearly three quarters of a million Americans died, most of them gay or bisexual men who contracted HIV through sex with other men. Meanwhile in Africa, HIV slowly infected a staggering proportion of the continent’s population, as many as one in five adults in some regions of southern Africa, where transmission was and remains primarily heterosexual.

No vaccine exists to prevent HIV infection, and while several are in early safety trials, experts do not think we’ll have one in the near future. The most promising vaccines being tested offer something like a 40% efficacy rate, so even if approved, a vaccine will be a very useful prevention tool, not a silver bullet.

But anti-retroviral drugs like PrEP ALREADY offer something like a silver bullet. Treatment and prevention drugs are tools that let us strangle HIV circulation and end the pandemic without a vaccine.

The consensus U.S. (and Canadian/European/UK/Australian) public health strategy for ending the epidemic is combination drug treatment:

Treatment to nearly eliminate the possibility of transmitting HIV among the 1.2m Americans already positive, and …

PrEP to nearly eliminate the possibility of contracting HIV among at-risk people.

The U.S. CDC announced in 2019 a goal to effectively end the HIV epidemic in the U.S. by 2030. We’re well on our way to meeting that goal, but PrEP is an essential part of the plan. Without PrEP, the plan fails.

Unlike all other industrialized nations, the U.S. lacks a healthcare network guaranteeing treatment to all. We make due with a patchwork “system” of private-employer and government programs (like Medicare/Medicaid) that leave many vulnerable people out in the cold.

This is one reason HIV still circulates today. Antiretrovirals can stop HIV transmission is its tracks, so among people who can afford routine healthcare, HIV is a rare phenomenon, even among traditionally high-risk people like gay men.

Stubborn pockets of transmission are concentrated in rural states, primarily in the south, especially among Black people. Public health experts cite lack of routine health care as the number one reason. If you can’t see your doctor on the regular, you aren’t being tested, and HIV infection is likely to go unnoticed for years.

We’ve been expecting this ruling for some time. The lawsuit was filed by Jonathan Mitchell, former solicitor general of Texas and strident opponent of LGBTQ rights. He’s on the record supporting making gay sex illegal again. He’s the man who crafted the Texas law that allowed private citizens to sue over abortion.

When people talk about “Christian nationalists” and even “Christian Fascists,” they’re talking about Jonathan Mitchell and others who are up front that they wish to legally impose conservative Christian mandates on the entire nation.

Mitchell announced months ago that he would try to stop PrEP insurance coverage because Christians shouldn’t have to “pay for immorality.” When he landed Judge O’Connor, a fierce ACA opponent who consistently rules in favor of Christians discriminating against LGBTQ people, the outcome began to look preordained.

I don’t recognize the religion Jonathan Mitchell and Braidwood Management say they practice. Their argument that Christians should not have to pay for healthcare for their neighbors isn’t just disingenuous. It doesn’t just ignore than many Christians are gay and at risk of HIV. It doesn’t just ensure more people will suffer.

It flies in the face of Christian love and Jesus’s teachings. Jesus did not teach his followers to love and care only for people who shared their beliefs and practices. He taught exactly and completely the opposite.

I’m not a Christian now, but I was raised Baptist, and I can barely understand how the faith of my childhood has twisted into something so hateful.

But I must believe it, because all over the Internet, Christians are shouting with joy over this legal ruling, this ruling to deny life-saving care to vulnerable people .

Jesus wept, as the Bible tells us.

You, dear reader, must do more than weep. Please, no matter how you usually vote, get out to the polls in November. Vote Democrat.

James Finn is a columnist for the Los Angeles Blade, a former Air Force intelligence analyst, and an alumnus of Queer Nation and Act Up NY. Reach him at [email protected].