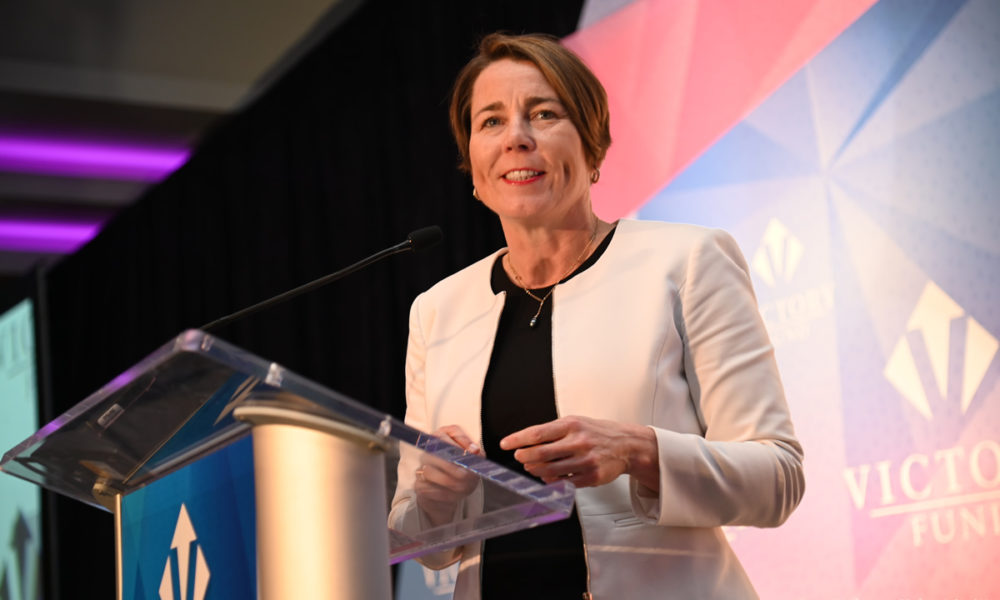 Maura Healey for governor of Massachusetts

It seems like years rather than weeks ago that American political prisoner, Trevor Reed, was released from Russia in a prisoner swap. It also seems like years since an American citizen, basketball superstar Brittney Griner, was taken into custody in Moscow’s Sheremetyevo airport for allegedly having hashish oil in her possession.

Since the beginning of Griner’s detention, I have done dozens of print, radio, TV, and related interviews, and I have a pretty clear view of how and why we got here.

As I wrote around six weeks ago, if we read between the lines of what’s being said in traditional and social media, we can extract three key reasons why the Griner situation isn’t getting the attention that it should be and would be if it was a different athlete.

The first reason is that Brittney Griner is not a terribly high-profile athlete.

This is patently untrue. As I have been commenting from the minute we learned that she was taken into custody by the Russians, Griner was absolutely the highest-profile American athlete that Russia could have taken into custody as they were preparing for their brutal invasion of Ukraine.

The only other high-profile athletes playing in Russia or transiting through at that time were the very few American players in Russia’s top hockey league, the KHL. None are superstars in their sport, as Griner is.

The second argument for why Griner isn’t getting the attention she should be is that she is LGBTQ.

I have argued that this is a reasonably good hypothesis. It just seems that a straight athlete would be getting a lot more attention and public sympathy than Griner has, in part, yet not in full, because of her sexual orientation. That’s a remarkably harsh position to have to take in 2022, yet it’s clear that Griner doesn’t fit the mold of what many Americans see as that all-American athlete. That one’s sexual or gender orientation should drive the American public’s level of sympathy for one of their own top athletes is a shame, but here we are.

The third and most commonly cited reason for Brittany Griner getting less attention than another athlete in a similar situation is that she’s Black.

This argument holds little weight with me. Yes, it makes sense that in comparison to a high-profile white athlete, some people are simply going to care less about a Black athlete. Again, that’s a harsh analysis, yet not unaligned with many things going on in the nation today.

But I think this is a reductive argument that crumbles under the weight of the analogy that I usually use during TV and radio broadcasts about the Griner case – and that is, what if this was Kyrie Irving?

I like to use Kyrie Irving as an analogy because he is a highly controversial Black athlete. Obviously, NBA players don’t have to have second jobs in places like Russia, Turkey, and China, to make ends meet, as the WNBA women do. But just imagine that Kyrie Irving was traveling alone through Moscow airport. If Irving had been taken into custody by the Russians, I can guarantee that this would be front-page news not just in the sports section but on the front page of all significant papers practically every day. That simply hasn’t been the case with Brittney Griner.

Every day, I am asked where this goes from here. With Griner’s May 19 hearing delayed “one month” (though at the time of writing, no date has been set), I remained convinced of two things: that this goes to a worse place than we are now and that it progresses painfully slowly.

As to the first point, to maximize leverage over the United States, it’s likely that Griner will end up somewhere like a Russian labor camp before she ever steps back into the United States. While Russia does not follow the Rule of Law, it would be neither legally nor politically expedient to just hold Griner in a Moscow jail or prison indefinitely. They need to make her situation worse to turn up the urgency of the case for the American government.

But this indeed won’t happen overnight. As I’ve also been saying all along, the next hearing date will also be delayed, OR we will learn through a TASS Russian media release that Griner was tried, found guilty of all charges, and sentenced (see labor camp, above).

As to what each of us can do, my advice remains the same: Keep talking about it. Make this Brittney as viral as Britney Spears was a year ago. Just as Britney Spears’ freedom from her conservatorship was turbo-charged by the #FreeBritney hashtag, let’s #FreeBrittney now.

This is significantly less trite than it sounds. There is no indication that the American government doesn’t want you to forget about Brittney Griner. As former hostage Jason Rezaian discussed on an excellent recent Washington Post podcast, he always “calls BS” on those parties, saying we should keep detentions such as Griner’s out of the public spotlight. He advocates being as loud as we can be on this, which is why I keep doing interviews on this issue as much as possible.

Ultimately, Brittney Griner will be a political prisoner until the United States and Russia can decide, in crass basketball terms, on a fair player trade. On Friday, we learned that the two sides might actually be in discussions now for a trade involving Griner for notorious convicted arms trafficker Viktor Bout, aka the “Merchant of Death.”

Unless this can re-enter and remain in the public spotlight, along with any pressure on the government, Britney Griner will not get the treatment she deserves as one of the greatest basketball players of her generation. That the massive disparity between how NBA and WNBA players are compensated laid the foundation for her to be in this position is the harsh reality these leagues face today. Yet it pales compared to the uncertain reality Griner faces today in a Moscow jail.

A Pulitzer Prize-nominated writer, Aron Solomon, JD, is the chief legal analyst for Today’s Esquire. He has taught entrepreneurship at McGill University and the University of Pennsylvania, and was elected to Fastcase 50, recognizing the top 50 legal innovators in the world.