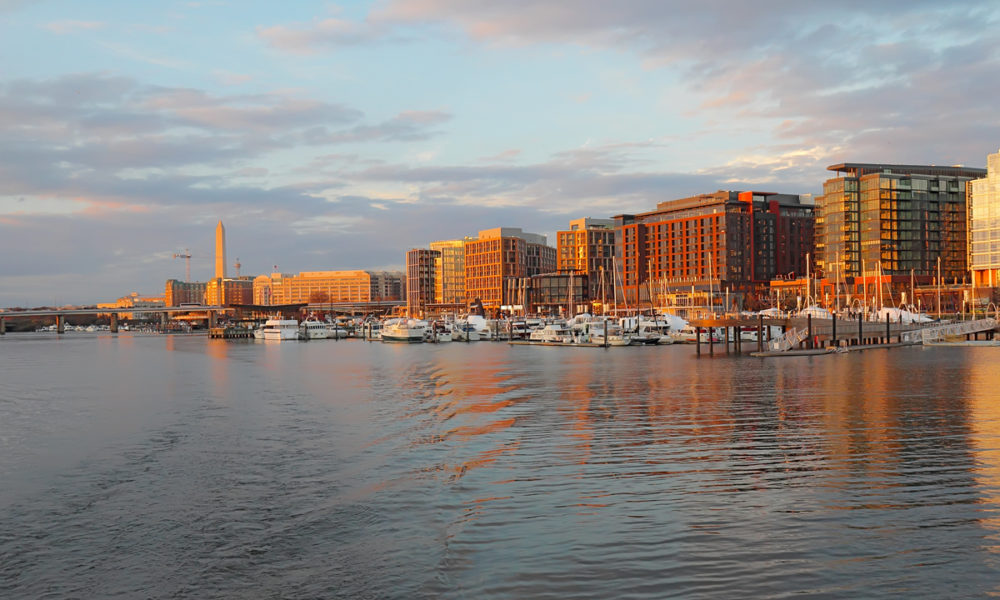 My favorite things to do in D.C. after nearly 45 years here

LGBTQ+ people of all ages deserve to live safe, prosperous, and affirming lives — but right now, across the country, they are facing discriminatory policies, bigoted rhetoric, and escalating violence. So why did it take until Pride month for even one of my major competitors for governor in the Maryland Democratic primary to post anything on their campaign websites about the issues facing LGBTQ+ folks?

True allies in government must stand up for the LGBTQ+ community while GOP lawmakers, governors, and state attorneys general continue to push regressive and discriminatory policies. My administration will be committed to ensuring that all LGBTQ+ people, especially LGBTQ+ people of color, have the protections and support they need in Maryland.

Having worked to put civil rights protections in place for transgender students as U.S. Secretary of Education, I know how important it is to not just have good policy, but follow it up with good implementation. I’m running for governor because I want to lead Maryland forward, not take it backward. As the GOP targets LGBTQ+ people and their families, I will work hard to make Maryland a safe state for everyone. There is simply too much at stake to not act.

Legislators in 28 states introduced more than 300 anti-LGBTQ+ laws this year alone. Ohio’s statehouse passed legislation that would subject student athletes whose genders are challenged by others to invasive gender-confirmation procedures. Fifteen states have bans on health care for trans youth or are considering them, while Missouri lawmakers considered banning hormone therapy for anyone under 25. The Texas governor and attorney general are fighting in court to continue investigations of families of transgender children, and Florida is considering even investigating parents who bring their kids to family-friendly drag shows.

Rather than supporting their LGBTQ+ students, school boards controlled by the far right are banning library books and Pride flags, while state legislatures controlled by the far right are effectively prohibiting classroom discussion about anything LGBTQ+ related. Teachers have already been fired for displaying Pride flags; others have resigned because they do not feel welcome at their schools. In Maryland’s Carroll County, the school board voted earlier this month to ban Pride flags on school grounds.

Threats of violence and hateful rhetoric against LGBTQ+ Americans have significantly increased in recent years — just a few weeks ago, 31 members of a white supremacist group were arrested on their way to start a riot at a Pride event in Idaho, and a house fire in Baltimore started by a burning Pride flag is being investigated as a hate crime.

Maryland has made many strides in the last few years, like banning the panic defense and making mental health care more accessible to young LGBTQ+ people. But Maryland has also failed LGBTQ+ Marylanders in many ways. As governor, I’d like to improve our state’s track record.

As governor, I will protect and expand access to gender-affirming health care, pass the Trans Health Equity Act, work to make healthcare more affordable and accessible to LGBTQ+ Marylanders, and ensure that providers are properly trained to give the level of competent care that all LGBTQ+ people deserve.

In our public schools, I will ensure that LGBTQ+ students have a safe place to learn and are protected by written anti-discrimination policies and an internal complaint process. I’ll fight for an inclusive curriculum that teaches and celebrates LGBTQ+ stories at all grade levels.

My administration will also build on reforms to make our legal system both easier to navigate and more inclusive for LGBTQ+ people, like making it easier to change your name and gender marker on marriage licenses and your child’s birth certificate. It’s also time to end the criminalization of HIV by repealing outdated laws and changing discriminatory prosecutorial practices.

This Pride month and beyond, LGBTQ+ Americans need more than empty allyship from politicians, governments, and corporations — they need someone who will stand with them and provide tangible support. I’m running for governor to be a real defender, ally, and advocate for LGBTQ+ Marylanders, and to make our state a safe place for all Americans to live.

John King is a former U.S. Secretary of Education and a Maryland gubernatorial candidate.