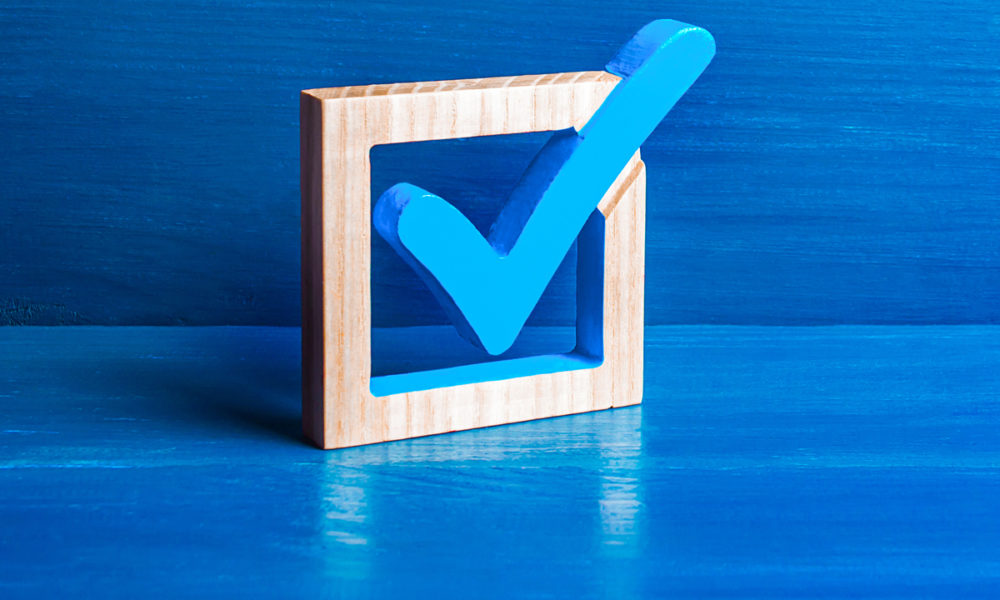 Once again, if Democrats don’t work together, we lose

Urvashi Vaid was whip smart. She could look at you with some analysis spinning behind her eyes and then smile a deep broad smile and you could exhale as a shared vision started coursing through your veins — a warrior sisterhood striving and fighting for liberation.

And you didn’t even know liberation was on your wish-list.

It’s hard to register that Urvashi Vaid is gone.

Urvashi could seduce your brain with elevated and clear-spoken common sense. And damn if she couldn’t rile you up and spur you to action as she did in Sacramento in 1991 after Republican Gov. Pete Wilson vetoed AB 101, the gay rights bill he promised to sign, and with her 1993 speech at the March on Washington.

And we needed that. After years of excruciating pain losing lovers, family and friends while Ronald Reagan’s spokesperson laughed about the scourge of AIDS in the White House press room, a serious LGBTQ political movement was emerging in the late 1980s. And igniting those righteous flames of fury was this short, thin, proud lesbian of South Indian heritage who exuded the perfume of power. She knew her stuff. And she was at ease with powerbrokers, including Hollywood A+ types who made history attending an August 1991 benefit for the National Gay & Lesbian Task Force, thrown by gay Hollywood manager Barry Krost, entertainment attorney Alan Hergott and Hergott’s lover, NGLTF Board co-chair Curt Shepard. Hollywood was finally showing up for AIDS benefits — but gay rights was still just too controversial. It was a very big deal.

Among our own, Urvashi would let fools yammer on with puffed-up opinions. But eventually she would halt us with a glance, a quick quip or a concise Marxist-ish dissertation on any situation and its connection to poverty, rendering you dumbstruck, agog – pick a synonym.

Urvashi was a teacher, a mentor — though I don’t think she thought of herself that way. She was merely trying to help a brother or sister — especially younger folks — learn to think differently, think for themselves, and think of themselves as part of the larger movement for civil rights.

One moment perfectly captures that for me. I was a freelancer covering the monumental 1992 Creating Change conference in Los Angeles. That was the year when esteemed gay author Paul Monette (Borrowed Time) ripped up a picture of the Pope, freaking out a lot of Catholic Latinos. I kept an eye on Urvashi and her pal Torie Osborn, head of the LA Gay & Lesbian Community Services Center, as they talked art with closeted LA City Councilmember Joel Wachs, as well as the usual leadership discussions, debates and skirmishes among activists in a heightened political year.

I also covered breakout sessions and one proved to be particularly daunting. It was a discussion about race in the gay movement. A young fierce gay Asian artist named Joel B. Tan took over the discussion and challenged my press credentials, my commitment to the movement, and my ability to report ANYTHING accurately or fairly about that meeting because I’m white. He called for a vote on whether I should be allowed to stay or get kicked out.

Some folks in the room, familiar with my reporting since the late 1980s, defended me. I was prepared to get shamefully kicked out when Joel went just a tad too far and started claiming the Task Force itself was a cauldron of white racism. In fact, the whole damn gay movement was basically a rich white gay conspiracy to get power and use everyone else as pawns.

When Joel finally took a breath, a muffled sound came from just outside the room. We looked and there was Urvashi, casually leaning on the door jamb with Phill Wilson, then co-founder of the National Black Gay & Lesbian Leadership Forum and of the LA chapter of Black and White Men Together. “What about us?” Urv asked very simply. The tension evaporated, I was allowed to stay and racism within the gay community was discussed with passion but without grandstanding. (I called Joel later and he said my report was acceptable.)

The tension eased so quickly because Urvashi had been fighting systemic racism at every level for a very long time, including within the gay community. Her power was smarts, compassion, humor — and credibility.

Not to say Urvashi was perfect. In fact, I had a serious disagreement with her over an incident that happened in Los Angeles. There was a ballot initiative that called for a new statewide Insurance Commissioner to be appointed by the governor. APLA Board Chair Dr. Scott Hitt and political consultant David Mixner opposed the initiative, which drove some AIDS activists crazy. We were in the middle of the second wave of AIDS and we needed government help. Hitt and Mixner explained that they didn’t oppose the idea, just the method: the Insurance Commissioner should be elected, not appointed. Imagine if we had a governor more horrific than Pete Wilson?

I reported that and activist writer Stuart Timmons freaked out. He wrote a 7,000 word thesis in a treading-water alternative weekly bashing Hitt and Mixner. He also showed up at my apartment screaming about how I was afraid of these prominent politicos. I was pissed — so I did my own deep dive into his tome and found people who complained that he quoted them out of context or actually changed their quotes to fit his activist premise. Eventually, we all moved on, including me since Stuart was friends with my friend Harry Hay.

But then Urvashi quoted extensively from Stuart’s disinformation piece in her book Virtual Equality: The Mainstreaming of Gay and Lesbian Liberation.  I tried to reach her but failed. I later heard her cite Stuart’s story as an example of bad gays. I fumed for a moment, then let that go, too.

Besides, Urvashi was doing so much good. And her relationship with Kate Clinton was so cool and extraordinary. I learned what a “soft butch” was — but that’s another story.

Urvashi Vaid is appropriately being lauded as an exemplary warrior for justice and civil rights. I remember her as a whip-smart lesbian of color who stood up and fought but also offered peace and hope when possible — as she did appearing with conservative gay writer/editor Andrew Sullivan on the Charlie Rose show before the 1993 march.

Last July, Urvashi was the guest on Gay USA, anchored by her friends Ann Northrop and Andy Humm. She talked about the National LGBTQ+ Women’s Survey, an American LGBTQ+ Museum — and about fighting breast cancer. Urv seemed upbeat but a burdened aura of mortality cloaked her Zoom appearance. She seemed determined to approach death as she had lived — educating people about our ongoing fight for liberation and, with a deep, broad smile and thoughtful eyes, telling the truth about her own humanity.

Karen Ocamb is a longtime journalist and former news editor of the Los Angeles Blade.