Opinion | Life is precious, so live each day to the fullest 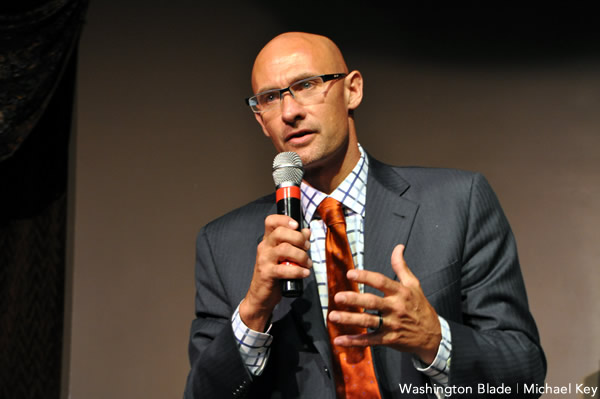 For the second consecutive year, most large-scale Pride celebrations have been canceled or postponed due to the pandemic.

Rather than mourn our lost parades, festivals, and income streams, we should embrace the pause to reflect on the work that lies ahead. Just as many Pride organizations took advantage of Pride cancellations last year to pivot and focus on supporting Black Lives Matter, 2021 provides another opportunity to reassess our priorities in a post-Trump Washington.

Predictably, the Equality Act appears to be lost again, as the Blade reported recently. As we watch transformative pieces of legislation like the Equality Act, the For the People Act to combat GOP voter suppression, the George Floyd Act to reform police, and a badly needed infrastructure bill die slow deaths at the hands of Sen. Joe Manchin’s naivety, it appears the Democrats are once again poised to snatch defeat from the jaws of victory.

Manchin’s galling announcement this week that he would vote against Democratic efforts to combat voter suppression by undoing Republican state bills to limit mail-in voting and increase the authority of poll watchers, among other components of the sweeping bill, is just the latest in a string of disappointing and irresponsible moves from the West Virginia senator.

Manchin is the only Democrat not to co-sponsor the Equality Act in the Senate and the only Democratic “no” vote on combating voter suppression, which could cost Democrats their majorities next year and Manchin his Energy Committee chairmanship.

Manchin has stoked unfounded fears about trans people accessing the bathroom consistent with their gender identity. He was the lone Democrat to vote in favor of a Title II amendment that would essentially bar transgender kids from participating in school sports. Incredibly, when asked by the Blade about the Equality Act earlier this year, Manchin professed to know nothing about the measure.

And in yet another blow this week, Manchin announced he opposes ditching the filibuster, all but dooming Democratic chances of passing the aforementioned bills. Perhaps Manchin’s push for bipartisanship would be sensible and achievable if we didn’t have a Senate minority run by Mitch McConnell, who announced his top priority is not helping the country recover from the pandemic, but rather to oppose everything Biden wants to accomplish, just as he did to President Obama. Wake up Manchin, the Republicans are playing you.

With the LGBTQ movement’s top legislative priority DOA, despite Biden’s pledge to sign it within his first 100 days, there are other areas where we should focus. From helping Democrats preserve and expand their slim House and Senate majorities, to combatting the stunning avalanche of cruel anti-trans laws around the country in the courts, to supporting the administration’s efforts at immigration reform and aid to Central American countries, there’s no shortage of work ahead.

Just as the LGBTQ movement joined the nationwide protests following George Floyd’s murder, we should support Vice President Kamala Harris in her role leading the effort for immigration reform. Too many LGBTQ migrants are suffering in inhumane conditions in ICE custody; too many queer people fleeing poverty, violence, and discrimination are marginalized or ignored by mainstream immigration reform efforts. There is an important role for LGBTQ and HIV/AIDS advocacy groups to play as the administration gets serious about improving life for migrants.

By fighting for police reform, immigration reform, and having the backs of our trans brothers and sisters in the fight against state legislative attacks, perhaps we’ll have more to celebrate at Pride 2022. In the meantime, get vaccinated, stay safe, and call Joe Manchin’s office once a day to protest his reckless intransigence.

Kevin Naff is editor of the Washington Blade. Reach him at [email protected].