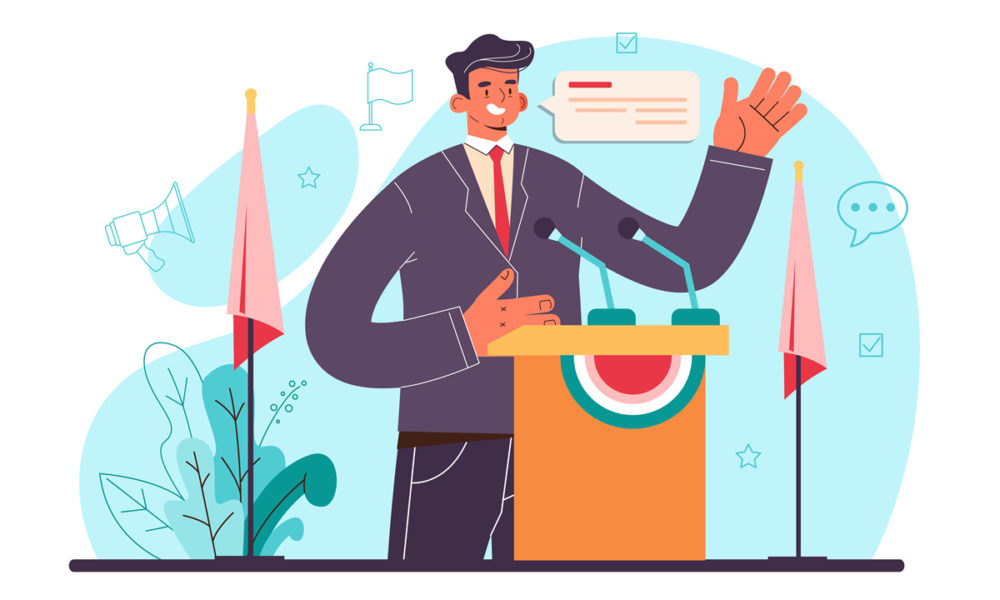 Two weeks ago, the Blade’s print edition cover date fell on April 1, known to most of us as April Fools’ Day.

In the spirit of the holiday, which History.com says originated in 1582 when France moved from the Julian calendar to the Gregorian calendar and confused some gullible residents, I decided the Blade should join the fun.

The paper has a long history of participating in April Fools’ jokes, once publishing a cover photo of the office shot upside down to make it appear the Blade offices had been ransacked by anti-gay activists.

For this year’s cover, we published an image of Sen. Lindsey Graham, fresh off his melodramatic temper tantrum at Ketanji Brown Jackson’s confirmation hearings, with a headline that read, “Yep, I’m gay,” an obvious parody of Ellen DeGeneres’s infamous Time magazine coming out cover.

I thought it was funny. Predictably, many on social media did not.

“There are kids dying and you’re making fun of coming out!” “I demand an apology from the editor!” And “Don’t pick on Sen. Graham, you’re punching down!” were among the reactions.

Not sure how an alternative news outlet “punches down” at a senior U.S. senator.

I should have known better than to attempt a little fun, but such is the state of our thin-skinned society offended by jokes and bent on punishing comedians.

We saw this sad trend play out at the Oscars, when Will Smith — on the precipice of the biggest moment in his career — marched on stage and slapped Chris Rock for a lame joke about his wife. It was stunning for its stupidity, and for its patronizing, patriarchal treatment of Jada Pinkett Smith, hardly a shrinking violet in need of a man’s protection.

Other comedians have since fretted publicly that they will be next — confronted and assaulted by an audience member offended by a joke.

But what’s more concerning than the safety of comics is the state of America’s waning sense of humor. When did we become so easily offended and frightened? Watching the horrors unfolding in Ukraine, it’s difficult to imagine Americans standing up en masse to an invading dictator’s army when we can’t even take a joke without demanding apologies and even protection from such minor offenses.

When Kathy Griffin posed with a fake severed head of Donald Trump — an obvious parody of ISIS videos — she was fired, canceled, and even abandoned by longtime friend and colleague Anderson Cooper. In 2018, the Blade invited Griffin to our table at the White House Correspondents’ Association dinner, triggering protests and hate mail that we were rewarding a “terrorist.” At that dinner, comedian Michelle Wolf delivered a genius keynote, skewering everyone from Trump to the Democratic Party. But it was a joke about abortion that made headlines and offended the masses.

Here’s what she said: “Mike Pence is very anti-choice. He thinks abortion is murder, which, first of all, don’t knock it till you try it. And when you do try it, really knock it. You know, you’ve got to get that baby out of there.”

For that joke, the New York Times pondered in a headline whether Wolf had “killed the Correspondents’ Dinner.” Well no, she did her job and told some jokes, just like Dave Chappelle did in his recent Netflix special that resulted in protests and calls for his cancellation.

If you watch that special in its entirety — rather than read select quotes out of context — you learn that Chappelle had a friend who was transgender. He championed her career and even hired her to open his show. At the end of the special, he delivers a touching tribute to his trans friend, who died by suicide. I don’t know how one could watch that show and come away thinking Chappelle is transphobic.

It wasn’t the first time Chappelle found himself on the wrong side of the LGBTQ community. In 2017, he told some trans jokes that offended activists. When the Blade reached out to him for an interview, he said he would talk to us only if the reporter sat through his entire show and then interviewed him immediately after back stage. We accepted his invitation. During that interview, he denied being transphobic and assailed North Carolina’s HB2, which banned trans people from using the restroom consistent with their gender identity.

“You could say whatever you want about someone’s lifestyle, but denying them access to a restroom is a denial of their humanity,” Chappelle told the Blade.

There is plenty to be offended about in our modern world, from the Ukraine crisis to the legislative attacks on trans people across the United States, that we should learn to take a joke, laugh at ourselves, and focus on what’s important. If you go through life looking to be offended, you’ll never be disappointed.

Kevin Naff is editor of the Washington Blade. Reach him at [email protected].