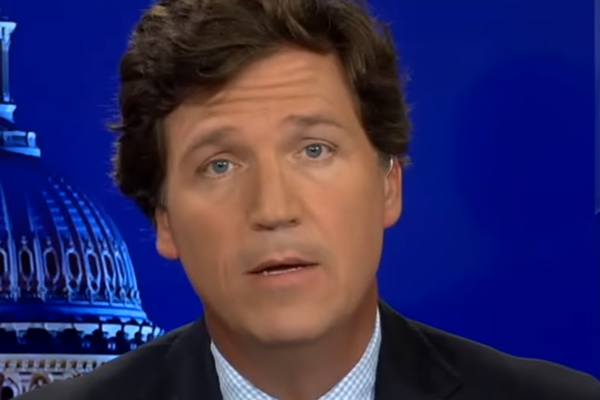 In 2021 the U.S. House of Representatives passed a $1.75 trillion human infrastructure bill — the Build Back Better Act. It contains 10 concrete provisions that it will directly benefit the LGBTQ community. It awaits Senate approval to become law.

Most media reports covered the climate change and social safety net programs. LGBTQ people will undoubtedly benefit from clean air, water and reduced emissions. LGBTQ people of color or those with limited incomes will undoubtedly benefit from the expanded social safety net programs. But sometimes queers, lesbians, Asians, young people or immigrants are overlooked. Here are 10 ways that we benefit.

Prior to the Supreme Court’s decision in U.S. v. Windsor, the Defense of Marriage Act (DOMA) prohibited the IRS from recognizing same-sex marriages. Windsor changed that, but only for same-sex marriages after 2010. Couples who married before — some wed by then-San Francisco Mayor Gavin Newson, then-New Paltz (N.Y.) Mayor Jason West, or in Canada as far back as 2004 — could not claim federal benefits. The bill allows these couples to back-file claims for federal tax credits and refunds.

The National LGBTQ Task Force tells that nearly two-thirds of LGBTQ Americans report having experienced discrimination in their everyday lives. Last year, the Supreme Court held in Bostock v. Clayton County that the Civil Rights Act protected LGBTQ people from discrimination in employment. (See my amicus brief with TLDEF in that case.) But the Equal Employment Opportunity Commission which conducts investigations and enforcement lawsuits, badly defunded under Trump accrued a backlog of claims. LGBTQ people who lost their jobs are still waiting for their cases to be heard. The bill provides $321 million for the EEOC to resolve those cases.

Two provisions will help more LGBTQ young people attend college. First is a $550 increase in the federal Pell Grant; second is the exclusion of Pell Grants as income for tax purposes. It’s always been strange that the federal government gave out Pell Grants and then took some of it back through taxes. This exclusion increases the $550 even more.

In addition, undocumented LGBTQ young people, or Dreamers, who enrolled in the Deferred Action for Childhood Arrivals (DACA) program could attend college but were denied federal financial aid. The bill allows them to apply for aid, including Pell Grants and subsidized student loans.

The Trevor Project has long shown that LGBTQ youth face the highest rates of suicide. The bill provides $75 million in funding to support the 24/7 National Suicide Prevention Lifeline and its network of crisis centers. It also provides $2.5 billion to support programs to reduce community violence and trauma.

Countless men who have sex with men have died from AIDS. African American, Latino and older gay and bisexual men have the highest rates of HIV disease. APICHA and APAIT remind us that Asian and Pacific Islanders have the highest rates of new infections. The bill provides $75 million to support the Ryan White HIV/AIDS program to provide primary care, support services, and medications to communities disproportionally affected by HIV/AIDS.

An estimated 3 million LGBTQ Americans are raising or had a child. Family Equality found that 63 percent of LGBTQ millennials have or are planning to have children. The Child Tax Credit, oft regarded as a program to lift low-income families out of poverty, will also help LGBTQ families with a tax credit of $3,000 per child, or $3,600 for children under age six.

As more and more LGBTQ age, some have limited support. SAGE reports that many LGBTQ elders lack children or caregivers to look out for their needs. The bill reauthorizes funding for elder justice with programs and trainings to prevent and investigate abuse, neglect and exploitation, especially in nursing homes, as well as $74 million for resources that focus on elder community issues.

There are a quarter million undocumented LGBTQ immigrants in the U.S. Immigration Equality fights hard for them but can’t do it all. The bill allows undocumented immigrants to work, protects them from deportation and allows access to social safety net programs.

LGBTQ Immigrant families have been separated, sometimes for decades. LGBTQ relatives in Mexico, the Philippines, China, Vietnam and India have had to wait up to 19 years to be reunited with their loved ones in the U.S. The bill clears the 10-20 year visa backlog and allows legal immigrants already here to permanently live and work in the U.S. by recapturing 500,000 unused, previously authorized, green cards.

These 10 provisions in the Build Back Better Act can meaningfully improve the lives of so many everyday LGBTQ people.

The House bill now goes to the Senate. It will undergo several changes. Some, many, or even all of these LGBTQ-friendly provisions could be negotiated out. So TAKE ACTION and email your U.S. senator and tell them “I urge you to support the House’s $1.75 trillion human infrastructure bill and its provisions that will benefit the LGBT community. Build back our nation’s LGBT human infrastructure better!” Call upon our senators to act swiftly in 2022 to make all our lives better by passing the BBB Act and send it to the president’s desk to be signed.

Glenn D. Magpantay, Esq., a long-time advocate for the LGBTQ, AAPI and immigrant communities, is the former executive director of NQAPIA. He is a civil rights attorney, and a professor of law and Asian American Studies. He has testified before Congress and authored reports for the congressional record. He is principal at Magpantay and Associates: a nonprofit consulting and legal services firm.

Magpantay may be reached at [email protected]  or www.linkedin.com/in/glenn-d-magpantay-esq