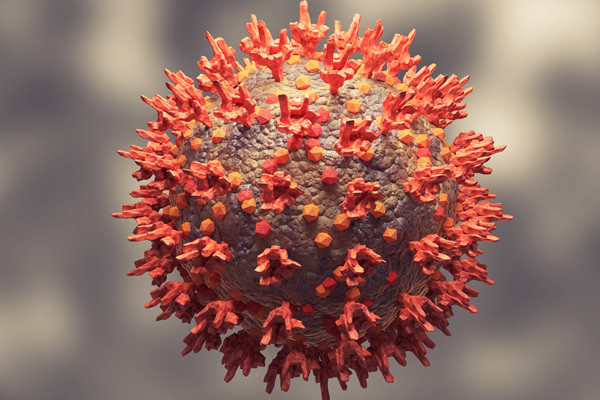 Should we be scared of Omicron?

I knew Helen Keller was a DeafBlind activist. But, until recently, I didn’t know that some of her books were torched.

Nearly 90 years ago, in 1933 Germany, the Nazis added “How I Became a Socialist,” by Keller to a list of “degenerate” books. Keller’s book, along with works by authors from H.G. Wells to Einstein were burned.

The Nazi book burnings were horrific, you might think, but what does this have to do with the queer community now?

I speak of this because a nano-sec of the news tells us that book censorship, if not from literal fires, but from the removal from school libraries, is alive and well. Nationwide, in small towns and suburbs, school boards, reacting to pressure from parents and politicians, are removing books from school libraries. Many of these books are by queer authors and feature LGBTQ+ characters.

Until recently, I didn’t worry that much about books being banned. My ears have pricked up, every year, in September when Banned Books Week is observed. Growing up, my parents instilled in me their belief that reading was one of life’s great pleasures as well as a chance to learn about new ideas – especially, those we disagreed with. The freedom to read what we choose is vital to democracy, my folks taught me.

“I don’t care if it’s ‘Mein Kampf,’” my Dad who was Jewish told me, “I’ll defend to my death against its being banned.”

“Teachers should be allowed to teach it,” he added, “so kids can learn what a monster Hitler was.”

In this country, there have always been people who wanted to ban books from “Uncle Tom’s Cabin” by writer and abolitionist Harriet Beecher Stowe to gay poet Allen Ginsberg’s “Howl.”

But, these folks, generally, seemed to be on “the fringe” of society. We didn’t expect that book banning would be endorsed by mainstream politicians.

Take just one example of the uptake in book-banning: In September, the Blade reported, Fairfax County, Virginia public school officials said at a school board meeting that two books had been removed from school libraries to “reassess their suitability for high school students.”

Both books – “Lawn Boy” a novel by Jonathan Evison and “Gender Queer: A Memoir” by non-binary author Maia Koabe feature queer characters and themes, along with graphic descriptions of sex.

Opponents of the books say the books contain descriptions of pedophilia. But, many book reviewers and LGBTQ students as well as the American Library Association dispute this false claim.

The American Library Association honored both books with its Alex Award, the Associated Press reported. The award recognizes the year’s “10 books written for adults that have special appeal to young adults ages 12 through 18.”

Given how things have changed for us queers in recent years – from marriage equality to Pete Buttigieg running for president – it’s not surprising that there’s been a backlash. As part of the blowback, books by queer authors with LGBTQ+ characters have become a flashpoint in the culture wars.

As a writer, it’s easy for me to joke that book banning is fabulous for writers. Nothing improves sales more than censorship.

Yet, there’s nothing funny about this for queer youth. My friend Penny has a queer son. “LGBTQ kids need to read about people like themselves,” she told me. “It’s horrible if queer kids can’t find these books. They could become depressed or even suicidal.”

If we allow books to be banned, our freedom to think and learn will be erased.

“History has taught you nothing if you think you can kill ideas,” Keller wrote in a letter to students in Nazi Germany.

Anti-queer officials may remove LGBTQ books from school libraries. But, our thoughts will not be unshelved.