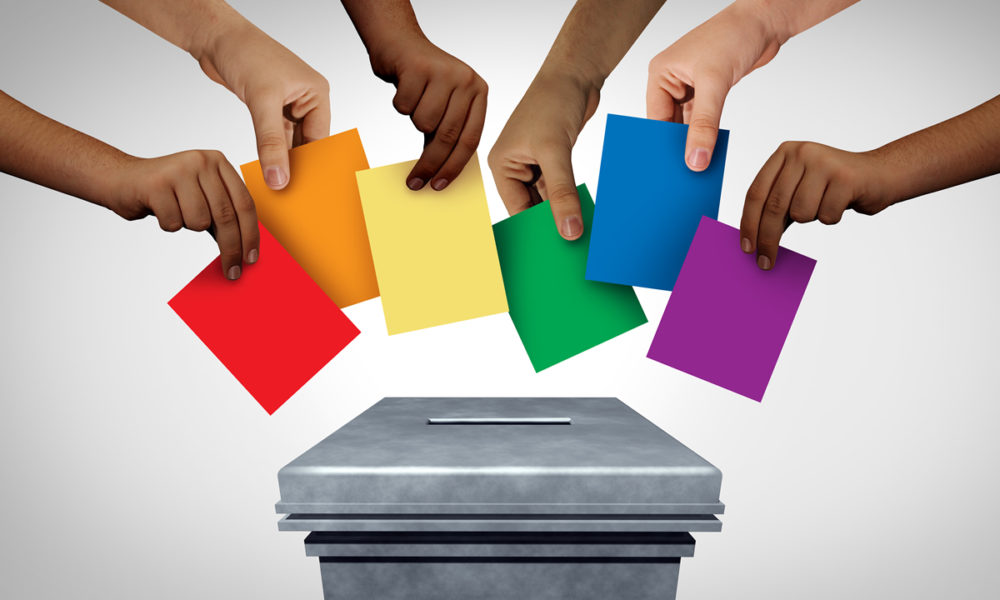 Show your Pride by voting

There has been an enormous debate this year about trans people in sports. Twelve state legislatures in the United States have so far banned trans athletes from competing in sports. Most of these states are in the South, including, but not limited to: Alabama, Arkansas, Florida, Georgia, Mississippi, Tennessee, and Texas.

A majority of this debate has focused on the role of trans women in athletics. The cultural dialogue focuses mostly on how trans women are at an unfair advantage in sports, because they were born with more testosterone in their bodies. Indeed, when searching for lists of famous trans athletes, there are usually twice as many trans women in sports as there are trans men. And during these Internet searches, it becomes apparent that many of the trans men who are considered professional athletes retired after transitioning into a man.

There is less dialogue and focus surrounding trans men in sports. Trans men, after all, pose a lesser threat in men’s sports: It’s more difficult for people born female at birth to keep up with male-born athletes.

While it’s important to advocate for the role of all trans people in sports (and defeat the bans in state legislatures), we need to have a separate conversation about the culture on men’s sports teams.

As someone who has played soccer my entire life, and enjoyed the sport enormously, I never felt like I truly fit on women’s sports teams. Women’s soccer teams come with their own subculture of spandex, stories of boys or lesbian relationships, and other social cues.

But when playing soccer with men, I’ve found them to be ultra competitive and threatened by a trans man’s dominance on the field. Most cisgender men I play with can’t believe that a trans man would beat them to the goal, or dribble faster, and smarter, and juggle better. They become envious, or angry, or, at its worst, violent.

This puts trans men in an awkward position: how can we navigate both women’s and men’s sports teams? The obvious answer is to join co-ed or queer groups. This works, for the most part. Leagues in D.C. like DC Fray (coed) and Dyke Soccer (queer) are mostly accommodating to trans men. Dyke Soccer specifically is meant for queer women and trans people.

But this still leaves us frustrated at the fact that belonging on a men’s team, either club, Division One, or even professional, is incredibly difficult. If a trans man wants to play soccer seriously, and make a career out of it, he will face significant cultural and social obstacles to doing so, regardless of how well he plays on the field.

How can we fix the cultures on men’s soccer teams? The best solution is to teach young boys, from a very early age, to be accommodating and friendly to young trans boys playing soccer. As Gen Z grows up, and is replaced with an even more socially liberal generation, this should seem like a feasible solution to the issue at hand. Boys in youth leagues will understand that trans men are just like them–men themselves–and are on equal footing, both athletically and personally.

There are other fixes we can make to the issue of toxic culture on men’s sports teams. Male players who are derisive or insulting to trans players could be fined or banned. But this still doesn’t really address the underlying issues.

Bettering men’s sports teams starts from the ground up by teaching young children that trans boys and trans men deserve respect and equality, both on the field and off.

Isaac Amend (he/him/his) is a transgender man and young professional in the D.C. area. He was featured on National Geographic’s ‘Gender Revolution’ in 2017 as a student at Yale University. Amend is also on the board of the LGBT Democrats of Virginia. Find him on Instagram @isaacamend.