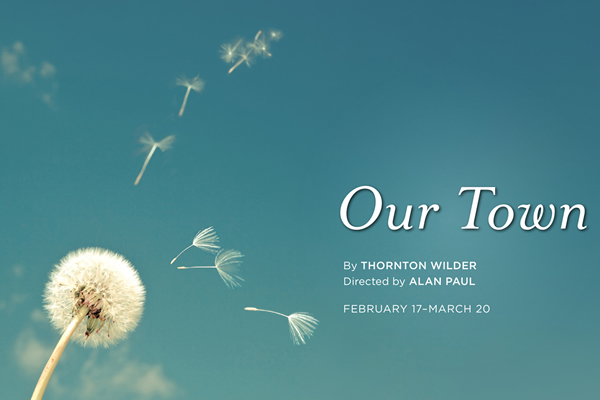 Support the arts: See ‘Our Town’ at Shakespeare Theatre

When we finally had the chance to go to live theater again, the Shakespeare Theatre Company (STC) opened its doors with the pre-Broadway production of “Once Upon a One More Time” with Britney Spears’ music. It was a risk Simon Godwin, STC’s artistic director, took and it succeeded. Seats filled beyond expectations with many who had never been to an STC production before.

Now it’s hoped many of those new theatergoers will come back to see the classic play “Our Town” by Thornton Wilder. It will be at Shakespeare Theatre Company’s (STC) Harman Hall, Feb. 17-March 20. Many of those new audience members could find it a memorable and deeply thought-provoking night in the theater.

The play is being directed by the talented D.C. resident Alan Paul, associate artistic director of the STC. Paul is a Helen Hayes award-winning director of “A Funny Thing Happened on the Way to the Forum” and has numerous Hayes nominations for productions, including “Comedy of Errors”; Studio Theatre 2ndStage “Silence! The Musical”; and “Man of La Mancha.”

“Our Town” is Thornton Wilder’s Pulitzer Prize-winning play and its various productions over the years imbued audiences with a wonderful shared sense of humanity, something we are in desperate need of in today’s world.

The play tells the story of the fictional American small town of Grover’s Corners between 1901 and 1913. It’s told through the everyday lives of the people of the town. Through them and what some might see as their generally typical lives, we are led to understand some universal truths about life and death, love, and community.

In looking at the cast Paul chose, I realized all the ones I knew were from our own community. When I asked him about this he told me, “When I decided to direct ‘Our Town,’ the only way to do it would be to use the riches of talent who live in Washington, D.C. I saw many people out of work during the pandemic — actors and freelance artists were hit the most — so when we decided to do this play, I wanted to get the best actors I could find and found them here and knew I wanted to showcase them.” Turns out the great talent in our city is very diverse. The cast is white, Black, Latino, Asian and includes four who, along with Paul, are part of the LGBTQ community — Holly Twyford, Tom Story, Sarah C. Marshall, and Christopher Michael Richardson, all brilliantly talented and known to the community from their previous roles in various theaters around the DMV. The rest of the talented cast includes: Felicia Curry, Elliot Dash, Natascia Diaz, Josh Decker, Eric Hissom, Hudson Koonce, Jake Loewenthal, Tommy Nelson, Chinna Palmer, Maisie Ann Posner, Suzanne Richard, Kimberly Schraf, Craig Wallace, Summer Wei and Travis Xavier.

“Our Town” is introduced and narrated by the stage manager (Holly Twyford), who welcomes the audience to the fictional town of Grover’s Corners, N.H., early on a May morning in 1901. The play then follows the characters for 12 years through their everyday lives. After the stage manager’s introduction, the activities of a typical day begin. Howie Newsome (Christopher Michael Richardson), the milkman, and Joe Crowell, Jr. (Hudson Koonce), the paperboy, make their delivery rounds. Dr. Gibbs (Eric Hissom) returns from delivering a set of twins at one of the homes in town. Mrs. Gibbs (Natascia Diaz) and Mrs. Webb (Felicia Curry) make breakfast, send their children off to school, and meet in their gardens to gossip.

What should make this show particularly exciting is for the first time at the Harman a play will be done in-the-round. The stage will be extended out into the theater and the audience will be seated around it with some seats actually on the stage. Some cast members may actually be in the audience and speak from their seats helping to bring the audience into the action.

The Shakespeare theatre will abide by all CDC and DC guidelines in place at the time to ensure the safety and health of its staff, actors, and patrons.

Supporting the arts is something we all should do; going to the theater is something all of us can enjoy. I have high hopes for a great night at the theater with “Our Town.” Tickets can be purchased online.