Texas is our Afghanistan 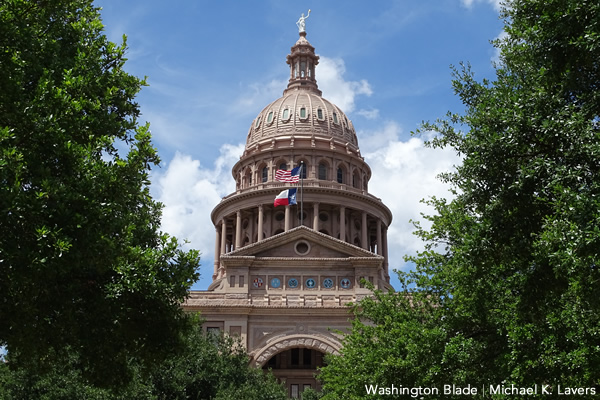 Even before the terrorist attacks on Sept. 11, 2001, I felt sad, angry, numb, scared, disoriented.

My partner Anne, the love of my life, died two and a half weeks before 9/11. She was diagnosed with cancer in the ER around New Year’s 2001 and died shortly after the chemo stopped working.

My world, like any grieving person’s universe, had completely changed.

I barely knew what day it was. Brushing my teeth was a challenge. I couldn’t follow the plot when I glanced at a rerun of “The Odd Couple” on TV, let alone news headlines.

“Things fall apart; the centre cannot hold,” the line from W.B. Yeats’ poem “The Second Coming” ran through my  head.

Then, on a Tuesday morning, 20 years ago, everyone’s life changed. People from teens to grandparents felt as if the center had disintegrated.

Airplanes hijacked by terrorists crashed into the World Trade Center and into the Pentagon. Nearly 3,000 people died in the attacks.

It’s widely believed that some passengers, including Mark Bingham, a gay public relations executive, tried to take control of the plane from the hijackers.

Investigators speculated that Bingham and the other passengers tried to overtake the hijackers to prevent an attack on the White House or a building such as the Capitol.

Along with those who died during the attacks, there were the many survivors and first responders who were burned and injured during the 9/11 attacks.

On 9/11, marriage equality was years away. As the Blade reported, LGBTQ people whose spouses died on 9/11 struggled to obtain survivors’ benefits.

“There’s been an explosion in New York!” she said, “I think a plane’s crashed into the Pentagon!”

As instructed, I turned on my TV (you didn’t get the news on your phone then).

But, I could barely take it in as I watched the Twin Towers burn and the terror at the Pentagon. Still in shock from losing Anne, I couldn’t register the horror.

Seeing the images on the screen was like watching something from another world with no connection to me. But I soon learned nearly everyone would feel connected to the terror, anxiety and fear of 9/11. Including me.

The day after the Sept. 11 attacks, I went with a friend to the courthouse to record Anne’s will. Just as we’d entered the building, we were told to “evacuate the premises.”

After we waited about an hour outside, the security guard said we could go back into the building. There had been a bomb scare. “It could have been a terrorist,” he said.

There was much talk about how irony had ended after 9/11. Yet, because tragedy and comedy are so intertwined, humor didn’t die.

A few weeks after, 9/11, a paralegal helped me to settle Anne’s affairs. I remember that he wisecracked about Osama Bin Laden. Not, I believe, to trivialize the Sept. 11 attacks. Like many, I think he joked to try to cope with the terror.

Since the Sept. 11 attacks, we’ve been engaged in a misbegotten War on Terror. On Jan. 6, rioters, in an act of domestic terrorism, stormed the Capitol. A new law in Texas empowers private citizens to spy on women who want to have an abortion.

In the face of such terror and division, it seems quixotic to hope for an end to fear and divisiveness. Yet, in memory of those who died on 9/11, we must hope and work to make the world better.