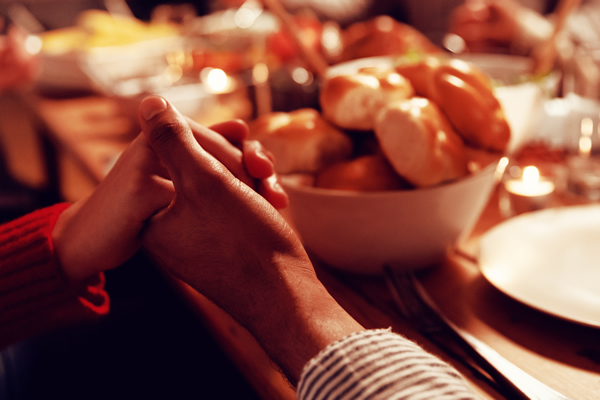 November 20 will mark the 22nd International Transgender Day of Remembrance, an international event honoring and commemorating the many transgender people murdered in transphobic hate crimes every year.

Since 2013, at least 200 transgender people have been murdered in the United States alone, 80 percent being Black and Latinx women. This number is undoubtedly an underestimate, as many murders go unreported and trans victims often are misgendered by law enforcement.

These murders are not isolated crime statistics. They grow out of a culture of violence against transgender and non-binary (TGNB) people that encompasses stigma, exclusion, discrimination, poverty, and lack of access to essential resources, including health care, employment and housing.

These challenges result in early death. In Latin America, for example, it has been reported that the average life expectancy of a transgender person is only 35 years.

This climate of stigma and transphobia is particularly challenging for TGNB older people, who face extraordinary hardships due both to the cumulative impact of lifetimes of discrimination and regular mistreatment in their elder years. Due to isolation from family and greater medical and financial needs, trans older people are more likely to require professionalized elder services and care.

Unfortunately, these services and the facilities that provide them are often either unavailable to TGNB elders, or hostile to them. A national survey of LGBTQ+ older people by AARP found that more than 60 percent of those surveyed were concerned about how they would be treated in a long-term care setting. This includes the fear of being refused or receiving limited care, in danger of neglect or abuse, facing verbal or physical harassment, or being forced to hide or deny their identity once again.

This is a sobering reality. In October, GLBTQ Legal Advocates and Defenders filed a claim against Sunrise Assisted Living in Maine, which openly denied admission to an older transgender woman because of her gender identity.

In Colorado, Lisa Oakley was, astonishingly, rejected by 60 long-term care facilities, which her caseworker ascribes to Lisa’s gender identity. One facility that agreed to admit Lisa would only house her with a male roommate.

After waiting far too long for welcoming care, Lisa eventually got help from SAGE and other community supporters and found a home in Eagle Ridge of Grand Valley. Fortunately, Eagle Ridge has participated in specialized training to be LGBTQ+-welcoming. While Lisa feels welcomed at Eagle Ridge and has made friends, she has been forced to live far from a community she loves.

These cases in Maine and Colorado are just the tip of the iceberg regarding the discrimination faced by TGNB elders. That’s why it’s so important that Congress pass the Equality Act, which would once and for all prohibit discrimination based on gender identity in key areas like employment, housing, and care and services.

And while legal progress is important, it’s not enough. TGNB elders need more equity in their day to day lives. Older transgender people are more likely to experience financial barriers than non-transgender elders, regardless of age, income and education.

They’re also at a higher risk of disability, general poor mental and physical health, and loneliness, compared to their cisgender counterparts.

These experiences have been part of everyday life for trans elders for far too long. We continue to see them struggle with the long-term effects of transphobia and violence every day. That’s why organizations like SAGE are stepping up our support for TGNB elders by investing $1 million to support TGNB-focused services and advocacy both in New York and nationwide.

And we are continually amazed by the resilience of TGNB elders, creating communities built on their strength and courage.

Their resilience is nothing new. It dates back generations and was evident during the Stonewall Uprising. Over the years, trans luminaries like Marsha P. Johnson, Sylvia Rivera, Victoria Cruz—leaders of the modern LGBTQ+ civil rights movement—and countless others have repeatedly proved that they will not be invisible.

We see this determination in so many programs and activities led by trans elders at SAGE.

For example, the TransGenerational Theater Project brings together transgender people of all ages to create theater from their experiences and perspectives. These types of elder-driven programs serve as powerful reminders that transgender older people are leading their lives with resilience, creativity, and perseverance, despite the dangers they face.

Transgender and non-binary elders have survived and fought for equality for decades. They are brave. They are strong. They are leaders. Here at SAGE, we will continue to walk side-by-side with them as we continue the fight to ensure TGNB elders get the respect, change, and acceptance they deserve.

Michael Adams is the CEO of SAGE, the world’s largest and oldest organization dedicated to improving the lives of LGBTQ+ elders.