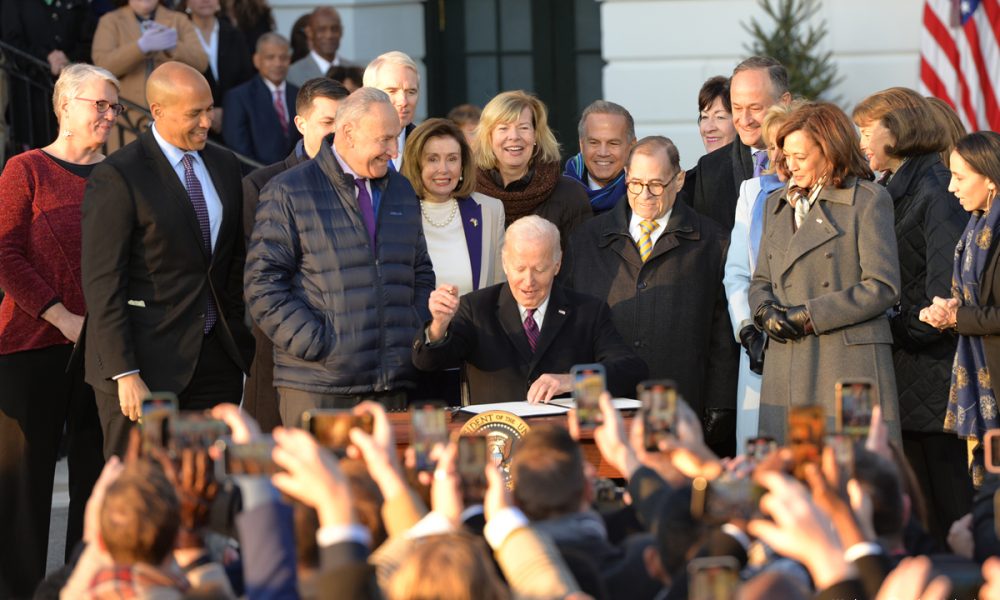 As the holiday season passes us by and we head into the new year, for many it is still the season of celebration. But we know all too well that these are dangerous times — particularly for marginalized communities.

In early November, the FBI alerted New Jersey Jews that they had credible information of a broad threat to synagogues in our state. It was a stunning alert — and half a million New Jersey Jews had to think twice about whether to attend their houses of worship. Later that month, a mass shooter opened fire at Club Q in Colorado Springs, murdering five people and injuring 25 more. It was yet another violent attack on the LGBTQ+ community.

In the face of such violence and hate, feelings of hopelessness can be inevitable. And yet, we must be resilient and strong in the face of hate because hate can never win.

I wasn’t raised in a Jewish home. But nine years ago, I was proud to work with Bend the Arc: A Jewish Partnership for Justice. The group focuses on mobilizing Jews to advance social issues by speaking out against injustice and inequality. It was there and later working for Educational Alliance — a network of community centers in lower Manhattan — I learned about Jewish values, ultimately leaving an indelible mark on my work to this day.

In 2016, I became the executive director of Garden State Equality, the largest LGBTQ+ education and advocacy organization in New Jersey, with over 150,000 Members. Our work in advocacy, policy work and trainings create safe environments for youth, improve access to affirming healthcare for our community, and ensure our older adults are treated with dignity and respect.

A good leader should talk less and listen more. For years I had heard about the progress in Israel the LGBTQ+ community was making and wanted to learn more. The fact that Israel and New Jersey have roughly the same population was particularly intriguing to me. What could I learn to be a better leader and advocate for my community?

This past June, I had the opportunity to visit Israel for the first time with A Wider Bridge, an LGBTQ+ group that fosters closer ties between the Israeli and American LGBTQ+ communities.

It was a transformative experience both personally and professionally. What I saw there wasn’t the conflict, it wasn’t politics, and it wasn’t religion. It was an LGBTQ+ community taking care of each other. I saw community groups in action, advocating for their equal rights. The government investment in LGBTQ+ issues was also extraordinary. It’s a model for what our work demands here in New Jersey and around the country.

After my visit, I watched in dismay the recent election results in Israel, where far-right extremists have catapulted from the margins of society right to the heart of government. We know all too well here in the U.S. the impact that can have on social progress. The LGBTQ+ community needs our support now more than ever, both in Israel and around the world where extremism is on the march.

In recent months we’ve also seen the mainstreaming of antisemitism to an unprecedented level.

It’s in the streets — the ADL noted over 2,700 incidents of antisemitism reported in 2021 — which was an increase of 34 percent from the previous year. In 2022, those numbers will rise even further.

It’s in our culture — Kanye West’s disgraceful attacks on the Jewish community were broadcast to millions of Americans across alternative networks. The big tech companies did their best to remove the content from their platforms, but it didn’t matter. Countless Americans — many of them young people — were subjected to the vilest hatred from a cultural giant.

This holiday season, and moving into 2023, I encourage all of us to embrace the Jewish values of solidarity, shared liberation, dignity, equality, resilience, and moral courage as we confront these extremist threats. We must stand in solidarity because the threats facing the LGBTQ+ communities and the Jewish communities intersect. A hateful attack on any community is an attack on us all.

Christian Fuscarino is the executive director of Garden State Equality.