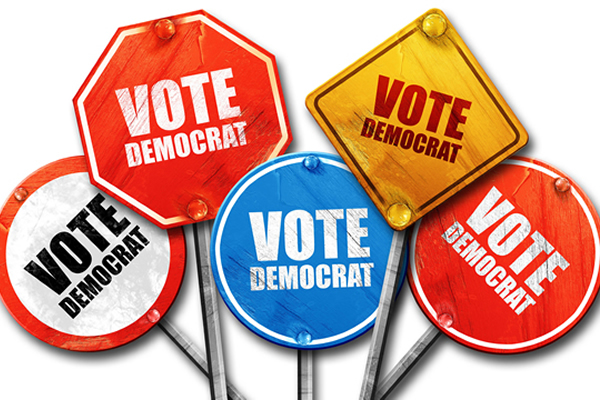 It has been a year since President Biden repealed the Trans Ban. Now, everyone who is qualified to serve their country in the armed forces is able to, openly and authentically. As transgender veterans ourselves, this is an action that we welcome and celebrate.

Since the ban was repealed, the Biden administration has taken initiative to expand Veterans Affairs (VA) benefits to transgender military members and veterans. In June, the secretary of VA, Dennis McDonough, announced a lift on a 20-year ban for gender confirmation surgeries, allowing the procedure to be covered under VA benefits. In September, nearing the 10th anniversary of the repeal of Don’t Ask, Don’t Tell (DADT), the VA disseminated a plan that allows LGBT veterans with other-than-honorable discharges to receive VA benefits. Already in 2022, the VA has announced that trans and nonbinary veterans can update their offical health records with the correct gender identification. While there has been a lot of forward movement in military and veterans spaces for inclusivity, our country is still fighting for a fair and inclusive democracy.

Just as it’s important to recognize transgender veterans’ rights to be openly trans and to receive healthcare through the VA, it is also important to pursue a robust voting rights agenda to eliminate racialized or politicized restrictions on the constitutionally protected right to vote. Right now, it is critical to pass federal voting rights protections. With safeguards in place in our democracy, we can elect leaders that truly care about us. No matter someone’s gender identity, race, ethnicity, or disability status, we all deserve to have an equal voice in our government. As transgender veterans, we want to share our stories and the impact that the decisions made at the federal and state level have on us.

I am a transgender US Navy and Coast Guard veteran. Since I left the military, many things have changed, and mostly for the better. Or rather, we’re currently trending positive. And we should on no account be satisfied with our progress; trans people still face a lot of discrimination and trans veterans still face compounding difficulties, but I would like to reflect on how far we’ve come.

I served from 2002-2012, when I was discharged for being transgender. I was unprepared to be very suddenly cast into the civilian world, and I’ve spent the intervening decade trying to recover financially, emotionally, and mentally. I had to do things I’m not proud of to survive, and I’ve been dealing with the trauma of that while also trying to find a job with no marketable skills (an intelligence analyst’s most valuable asset is their clearance, and without it, you have very little to offer) in a society that felt like they were free to hate. The previous administration’s reversal of the incremental gains of the Obama administration set back transgender rights in service of empowering a small demographic of hateful people who would prefer we have no voice and no presence in their military or their society.

So while the VA’s decision to repeal the ban on gender confirmation surgery and recognize veterans as transgender is objectively an improvement, it’s also not enough. As a society, I think we acknowledge the hardships and difficulties of transgender people broadly, and the unique challenges that being a transgender veteran can impose. And I think we as a people acknowledge that being transgender is not the only axis of discrimination and hardship facing Americans even today. Trans veterans stand with our fellow Americans of color in recognizing the ongoing threats to democracy present in our society.

I am a nonbinary US Navy veteran who served from 2002-2005 during DADT. I was discharged before it was overturned, so I was never given the right to serve openly as a nonbinary sailor. I served as a straight female because if I didn’t, my country deemed me less worthy to fight for freedom and democracy – something that still sounds absurd to me. Liberty and Justice for all is still not a reality for so many Americans, myself included. Without equal rights, we will never have true liberty or democracy in America. The overturning of DADT made huge steps for the LGB community while transgender rights were still on the line. Up until last year, Trans service members were stuck in a political limbo, and thankfully President Biden ended that.

In the same way, we have made some progress on voting rights in the last few years. States like Michigan have leaders like Secretary of State Jocelyn Benson, who set out to improve access to ballots for veterans after her husband had issues receiving his ballot while deployed overseas.. Our country needs to pass a federal voting rights bill. It’s unconstitutional for millions of Americans to not have equal access to their ballots. Democracy only works when everyone participates.

I am a trans nonbinary US Army 2014 to 2020, OEF (Operation Enduring Freedom) combat veteran. I served during Trump’s Trans Ban implementation. While I had to hide my authentic self, I continued to fulfill the responsibilities of my oath. My gender identity never meant I was unfit to serve. The Commander-in-Chief at the time endangered me in the very country I was risking my life to protect. Trump’s ban has a lasting transphobic footprint within the US military. In combat zones, gender does not matter; what matters is if you can do the job you volunteered to do.

The Biden administration repeal of the Trans Ban humanized the trans community in a space we once were considered a “burden.” Now we need protected human rights as part of our entire democracy. Our democracy isn’t for one group of people, it is for all people. Every single human being deserves to be able to participate in democracy, especially in casting their vote, and it is up to our elected officials to ensure that this is possible.

There’s nothing more patriotic than participating in democracy while being under attack by your own country, whether that is serving your country while hiding your authentic self or battling voter suppression to cast your ballot. You may not know why someone needs access to vote by mail, early vote, or who may even be scared to vote because of voter intimidation, just like you may not know someone’s gender identity who is in full combat gear deployed beside you. While something may not directly affect you, it doesn’t mean someone you love or know isn’t affected. Not everything or everyone is what they appear to be, but that doesn’t mean they should be treated less than.

Even with all of the forward movement, there is still a lot of work needed to ensure true democracy is achieved. As transgender veterans, we know what it looks like to watch democracy crumble, we know what it looks like to be restricted of our rights, and we will not be silent as the attacks on our democracy persist. We swore an oath to protect our democracy, and that oath didn’t expire. Our nation’s leaders have to represent all of us, otherwise our democracy will collapse. It is imperative that federal anti-discriminatory legislation is passed to protect all people, especially when it comes to participating in our democracy.

Members of Congress claim they support veterans every opportunity they get, but they do not support all of us when they are voting against some of our rights. It is vital that the federal government pass federal voting legislation. It is crucial to provide an equal voice in our democracy to all members of society, not just a select group. It is essential that democratic progress never reverses course again, and as veterans we will continue to fulfill our oaths and fight for progress to guarantee liberty and justice is truly for all.

Lene (she/her) is a US Navy and US Coast Guard veteran from Iowa. She served for 10 years in support of counterterrorist, counternarcotics, and humanitarian aid/disaster relief operations. She is the Veterans Organizing Institute Program Associate at the grassroots veterans organization Common Defense.

Albi (they/them) short for Amanda Le’Anne Brunzell, is a US Navy veteran from Grand Rapids, Mich. They are the first non-binary person to openly run for federal office in the United States. Currently, they are pursuing a dual degree in International Relations and Public Policy with a focus on National Security. They are an active member of Common Defense.

Esti Lamonaca (they/them) is a US Army combat veteran from New York City. They served in Afghanistan as part of a Special Forces Joint Task Force team component of NATO. They currently are the National Membership Manager of the grassroots veterans organization, Common Defense.