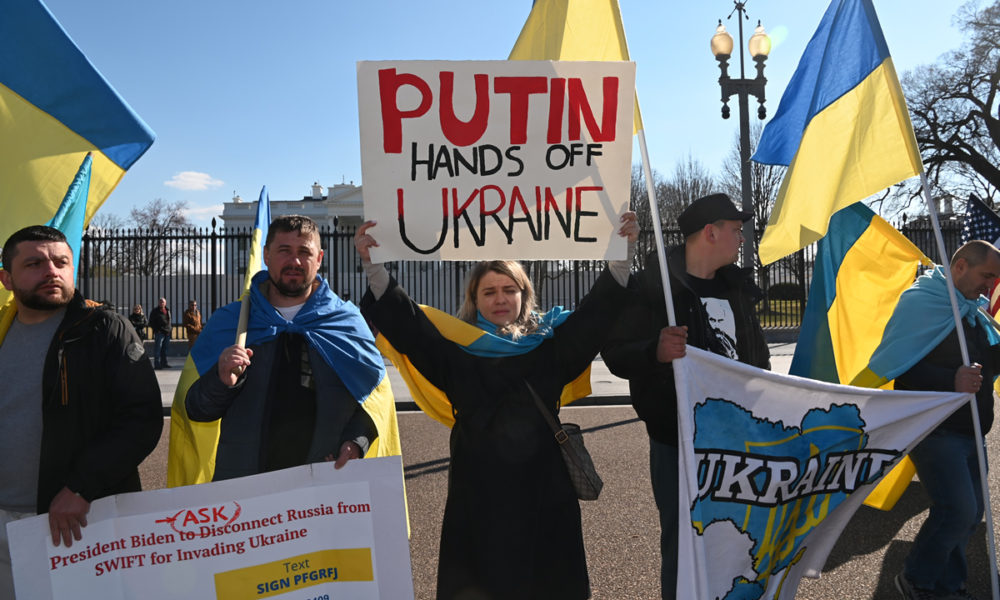 We must pray for and actively support Ukraine

Members of the LGBTQIA+ community represent about 0.19% of elected government positions across the U.S. and, in the past year, lawmakers have introduced more homophobic and transphobic legislation than at any other time in modern American history. There is a clear disconnect in American government, there is no space at the table that portrays a visible representation of the communities being oppressed. Queer representation is everything, and it has never been more vital for offices to be occupied by a more accurate demographic reflection of our country.

It was my great privilege to sit down with state Rep. Brianna Titone, Colorado’s first transgender legislator. Rep. Titone is not only a trailblazer in her own right, but also a determined public servant who has a story of struggle, self-discovery, and a message for future generations of queer public servants.

Rep. Titone was originally elected in 2018 to represent Colorado’s 27th House District. The origins of this success story were grounded in uncertainty as Rep. Titone explains.

“Through my work in advocacy, I was asked to run for office by the county party chair. I wasn’t convinced that I had a shot at winning an election because a trans person had never really won a public race, there was no role model, no path that was paved.” Rep. Titone said.

When Titone was asked to join the race for office, there was not yet a single out trans person occupying publicly elected state office until 2017, when Danica Roem outperformed one of Virginia’s most conservative lawmakers and won a seat to represent Virginia’s 13th House District. Titone explains the impact of that race and how it contributed to her confidence on the campaign trail.

“In 2017, when I witnessed trans individuals win elected office across the country, I saw a door open for me and make this run a reality. I was able to combine my qualifications with my passion for public service and a new confidence knowing that this has happened and it can happen for me,” said Titone.

Seeing yourself in your elected officials is entirely essential to be affirmed in joining the public service field. Being the first to do anything is the scariest and most intimidating journey any one person can face. Titone saw the 2017 election results as a casting call for change in Colorado as she had seen it happen in Virginia and local elections around the country. However, the challenges in her race were unique, hateful, and targeted.

“There has been an incredible amount of partisanship and divisiveness and hatred that I have become aware of through my election cycles. I fought off ads that were targeted against my identity … and expect that this year those attacks will be even more vitriolic than before,” Titone explained.

The message is clear, there are qualified, determined, and dedicated public servants who, when seeking office, experience much higher hurdles as a result of their sexual orientation or gender identity. As we enter one of the most important midterm cycles in recent history, there must be a shift in how we see public office and how we invest in leadership. The solution?

Diversity at every level of government. When we have statehouses filled with lawmakers who holistically represent their state and the people they serve, we will see legislation that protects minorities, invests in underserved communities, and creates space for growth across the board.

Rep. Titone is a clear testament to this solution, in bringing a fresh set of eyes to state government and acting as a distinct role model for future generations of queer public servants. She left me with this message to those future generations: “We need people to stand up to do the work. It often takes more work for LGBTQIA+ individuals compared to cisgender heterosexual people to accomplish the winning of elections, but we need you to break those barriers and blaze a trail for other people. Without that, we will never have those voices at the table and that will be a disservice to us all.”

All Americans deserve a voice and a space to contribute to the functioning of democracy. People of all kinds should be empowered to seek office with the intention to make their locality an inclusive, welcoming, and affirming space. Whether you are the first or the 50th of your community to take office, your story carries an immense weight for those who see themselves in you.

Nick Fulton is a freelance writer with experience at local, state, and federal levels of politics. He works as a communications assistant with The Global Situation Room.