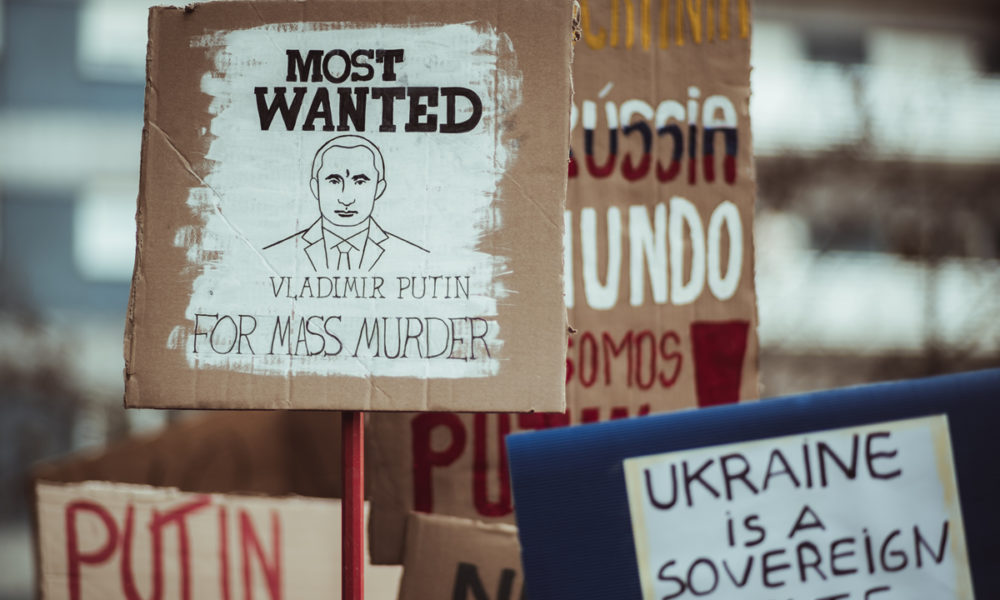 We remember the Holocaust as Russia invades Ukraine

The first time I met with Salah Czapary I could barely hear what he was saying. Granted, it was a busy wine patio just off U Street on a crisp spring night, and no one likes drinking outside more than Washingtonians. But the incredible roar of ATV vehicles and dirt bikes up and down the thoroughfare could best be described as constant.

Our second meeting was much more agreeable. I have to say I took an almost immediate interest in Salah and his candidacy for the D.C. Council. A gay man, he reminded me that we’d had eight years without LGBTQ representation on the Council. Eight years since the conspicuous Jim Graham. Far, far too long for the city that boasts one of the highest LGBTQ populations in the country. So, I sat out with Salah, on a beautiful Sunday afternoon in the District, walking the street and visiting some of his favorite spots in the Ward he hopes to represent.

We started out on my street, California Street, in Adams Morgan. Walking around the corner to one of my favorites and his too, the Duplex Diner. Sitting on barstools there, it’s hard not to take an immediate liking to Czapary. With a bashful but full grin, he practically bubbles over with ideas for a better District. Salah is a D.C. cop. Or was, anyway, before leaving the force earlier this year to run for the Council seat. He joined the force in 2016, and patrolled the 4th District Substation on Park Road before being moved to headquarters as a civilian director, giving Salah the sort of experience and in-depth knowledge of practically every street, alley, and small business in Northwest.

We sat on barstools and talked crime. Crime is up in the District, way up. That’s no secret. The news now leads with stories ranging from random midday shootouts to horrific dog nappings. This year the city faces an increase in overall violent crime of nearly 28 percent. This includes a 55 percent increase in robberies, and 18 percent jump in carjackings. Homicides are now at an eye-popping 20-year high in the District. Salah explained, in a ‘defund the police’ moment, that the city has cut  $15 million from the police budget, promising to reallocate those funds to other services such as mental health response, outreach, prevention, and community services. Almost 18 months later, these programs still have not materialized. Salah wants to change all that.

For Salah, there is no need to defund but rather reorder police priorities. He told me about dozens of 911 calls asking for police involvement in things not meant for them — like neighbor disputes, noise complaints, mental health episodes — in one instance he recalled being sent to a Northwest nail salon because a customer called 911 to complain about the salon’s lack of a particular service. A de-centering approach would take the burden off of an already stretched police force by offering what he calls, “alternative responses.”

Walking the south boundary of Ward 1 along U Street, we passed by the Third District Police Station, a complex I’ve always considered to be an outdated eyesore, not to mention a misuse of space. Taking up almost an entire city block, much of that is dedicated to a parking garage. We passed by the garage entrance; Salah told me that one side is a gate that won’t go up. Stuck, broken. The other, a gate that was shut. Also broken. They’ve been like that for a few years now, Salah said. Anyone who has been through the clunky process of applying for parking permits can attest to the rundown state of the station. “We’re a capital city,” he said. “A world class city. We deserve a world class police force.”

Our next stop was to grab some famous half smokes at Ben’s Chili Bowl. Walking there was more of a walking tour. Salah knew the history of practically every block. Recalling U Street’s history as the “Black Broadway” he is full of ideas on how to promote development, but also how to honor the history of these neighborhoods. Once at Ben’s, we sat in the ‘way back’. That’s where Salah, as head of the D.C. police’s Community Engagement Academy, had officers meet with local historians to have frank conversations on the city’s history of race and policing.

Moving up to Mount Pleasant and another Salah favorite, Mount Desert Ice Cream, we encountered voter after voter ready for something else. Something new. Walking, we were clocking some serious steps in Ward 1. But really we were only scratching the surface. Ward 1 is the densest of the city’s wards. It’s safe to say if you’re going out seeking nightlife, it’s likely in Ward 1. Practically in the heart of the city, the Ward contains such vibrant spots as Columbia Heights, Mount Pleasant, Adams Morgan, U Street. Its boundaries include tony Kalorama to the west and toward the east, historic LeDroit Park and Howard University.

“Everyone loves Ward 1,” Salah said. And it’s clear that he does as well. Being a police officer, he had a connection to practically every business we passed. But also being a police officer willing to think well outside the box, he had myriad ideas on how to shift, reallocate, rethink, and retool programs. As for those ATVs and the noise and safety issues that they create, “seize them,” he said, anytime they pull up for gas. But in his fresh approach and common sense sensibility, he realizes that will not necessarily solve it outright. People will still have the desire to ride. Why not build a riding park somewhere? “I don’t work in absolutes,” he said. Adding “there is no one solution to any one of the city’s problems.” The point is, Salah will try something.

Salah Czapary is in many ways also distinctly Washington, a gay man who is first generation American, born to a Palestinian mother and a Hungarian father, he represents a city that is diverse and in no way absolute. He would not only bring back much needed LGBTQ representation to the D.C. Council, but his palpable experience and his upbringing will bring a fresh and much-needed perspective to a city facing new and unique challenges.

The Democratic primary for the Ward 1 council seat is June 21.

Brock Thompson is a D.C.-based writer. He contributes regularly to the Blade.