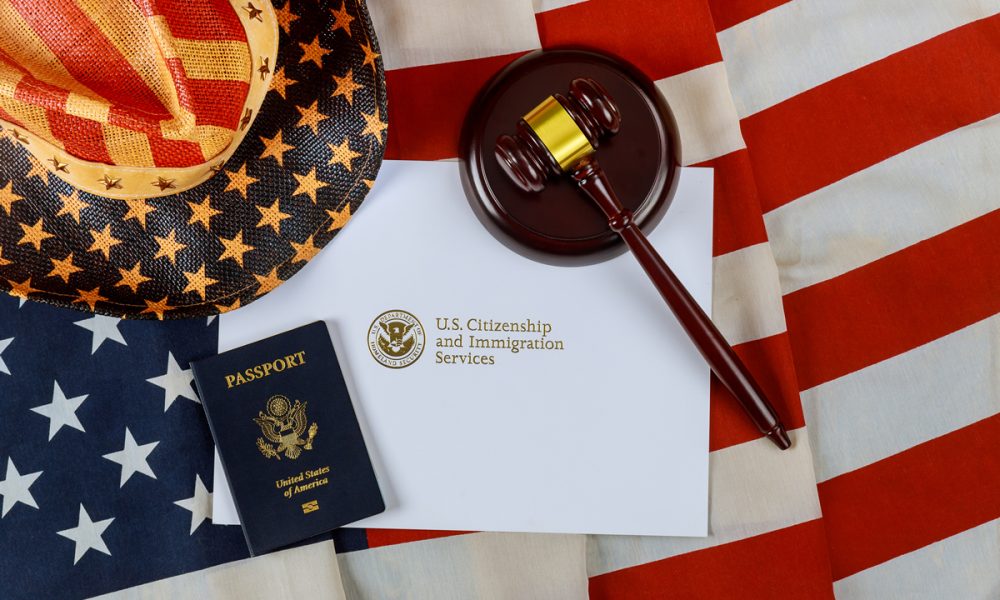 What to do about immigration

When Inova opened its Pride Clinic in Falls Church last year, an official hailed the new center as an inclusive space where LGBTQ+ patients would be welcomed at the door with the questions, “What are your pronouns? How do you prefer to be addressed?”

But that was not at all my experience when I visited the emergency room of an Inova hospital just a few miles away.

At Inova Alexandria Hospital, intake forms listed only two boxes — M or F — for me to be able to disclose my gender. I did not know how to answer. I am transgender. I am non-binary.

On forms and in life, it is very hard when you can’t find a box that fits you to be able to say who you are. I know this from hard experience.

So I took the intake form to the hospital intake employee who had asked me to fill it out. I pointed to the “X” marker on my gender on my driver’s license.

“If folks can’t get in the door and be called their proper name and proper pronouns and get their information collected, it doesn’t surprise me they’d be reluctant to come in the door and it doesn’t surprise me that disparities exist,” Alex Waad, health equity manager in ChristianaCare’s Office of Health Equity in Delaware, said in a telephone interview.

Waad, who could not comment on the practices of Inova or other hospitals, was part of a team of researchers at ChristianaCare and the University of Delaware who published a study after surveying dozens of hospital registrars about how they seek and record information on gender.

The researchers found, in some cases, electronic healthcare record systems just did not allow for reporting on nonbinary patients. That affects thousands of would-be patients. According to the Virginia Mercury, more than 5,000 Virginians have recorded their gender marker as nonbinary with the DMV since a 2020 law allowed the designation.

Despite large, unwieldy electronic health systems, change is possible. In January, after all, the nation’s largest healthcare provider, the Department of Veterans Affairs, announced its own medical record system would change to include transgender options for gender.

“All veterans, all people, have a basic right to be identified as they define themselves,” VA Secretary Denis McDonough said at the time. “This is essential for their general well-being and overall health.”

Luckily, my bicycling accident left me scraped and sore but without any broken bones. The clinical care I received at Inova was prompt and professional. Still, a few days later, I told hospital officials about my concerns.

“Your forms have only a male and female box and solicit no information at all to indicate preferred pronouns or any trans existence at all,” I wrote in an email. “I understand it can be important from a clinical perspective to understand somebody’s (assigned) gender at birth, but it’s equally important to understand the entirety of somebody’s identity and experience.”

This goes far beyond hurt feelings. It’s about respect and accuracy. What’s more, after this sort of experience, the next time a trans person has to decide whether they will go to the hospital, they might opt to stay home instead, at a time when they could need critical and life saving care.

In response to my inquiry, a hospital spokeswoman said Inova would, indeed, be updating its forms and training across its system. More than 2 million patients visit Inova’s hospitals, primary and specialty care practices and other medical offices each year.

“We strive to provide a welcoming and safe environment for all of our patients from the moment they walk through the doors,” Inova spokeswoman Tracy Connell wrote in an email.

Connell also said the nonprofit health system had updated its patient electronic medical records (EMR) back in 2020 to let patients note their affirming gender identity, along with pronouns, legal sex, sex assigned at birth and other inclusive values.

However, she added, “unfortunately, our paper forms do not yet align with our EMR.”

This news of updated, inclusive forms is welcome, if belated.

I asked Connell to send me a copy of any new intake forms, and I’ll be sure to follow up when that happens.

In the meantime, slow down motorists and keep a watchful eye for bicyclists, because I’m not looking to return to the ER anytime soon.

A former newspaper reporter, Jamie McElhatton is a private investigator and organic grocery store worker. They live in Alexandria, Va.