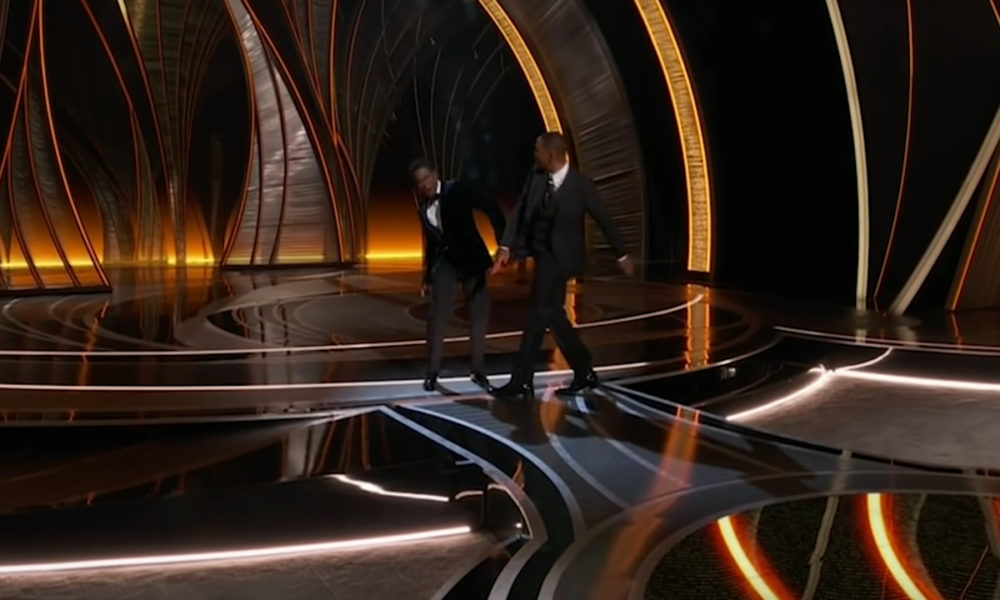 Will Smith and the Oscars — not really important

The 94th Academy Awards ceremony on March 27 wasn’t just entertaining. It was historic! Especially for queer people and Deaf/disabled people.

We’ve seldom seen ourselves portrayed authentically on the silver screen, and queer and/or Deaf/disabled actors have rarely been honored by Tinsel Town.

At this year’s Academy Awards we saw ourselves among the Oscar winners. That’s a high greater than sex or booze.

First, let’s get past The Slap.

Unless you’ve exited this planet, you’ll know that Will Smith slapped Chris Rock after the comedian told an ableist joke about his wife, actress Jada Pinkett Smith’s hair. Her head is shaved. She has alopecia, a condition that causes hair loss.

Despite all the social media buzz, here’s what’s historic about this year’s Oscars.

Ariana DeBose, who identifies as a Black-biracial queer Afro-Latina, won the best supporting actress Oscar for her performance as Anita in Steven Spielberg’s version of the 1961 movie “West Side Story.” She is the first openly queer woman of color to win an acting Oscar.

I’m a queer white woman. I can’t begin to imagine how much DeBose’s Oscar win means to women of color. Yet I believe her historic Oscar moment makes all LGBTQ people feel more seen.

“I hope LGBTQ youth around the world saw her win,” GLAAD president and CEO Sarah Kate Ellis said in a statement about DeBose, “heard her speak and recognize that they too should dream big.”

In this “Don’t Say Gay” era, DeBose’s acceptance speech speaks volumes to the LGBTQ community and our allies.

“Imagine this little girl at the back seat of a white Ford Focus. When you look into her eyes, you see an openly queer woman of color, an Afro-Latina, who found her strength in life through art,” DeBose said as she accepted her Oscar, “So to anybody who’s ever questioned your identity ever, ever, ever or you find yourself living in the gray spaces, I promise you this: There is indeed a place for us.”

DeBose’s words so resonate with LGBTQ folk at a time when many would prefer that there would be no place for our community.

Deaf and disabled people, LGBTQ and our allies, are also celebrating another historic moment at this year’s Oscars.

Troy Kotsur became the first male Deaf actor to win an Oscar for his role in “CODA.” He won the Academy Award for best supporting actor.

Kotsur’s win, more than 20 years after Marlee Matlin became the first Deaf actress to win an Oscar for her performance in “Children of a Lesser God, is thrilling to we who are disabled! (I’m low vision.)

Kotsur dedicated his Oscar to “the Deaf community, the CODA community and the disabled community.”

“This is our moment,” he added.

Here’s why this matters:

When I was a child, I thought I’d only live until I was nine or 10. Because the only disabled people I saw in the movies were either blind beggars or blind singers. These weren’t career options for me. I couldn’t sing and my parents would have frowned on my panhandling.

As a teen who liked girls, I saw no girls like me on screen. (The girls in movies liked boys.)

Thankfully, things are better than they were when I was young, though there’s a long way to go before queer, disabled, people of color, and others on the margins are represented authentically on the silver screen.

We need to keep working for change. But let’s enjoy our moment!