‘Write-in’ Trump for Senate in Georgia 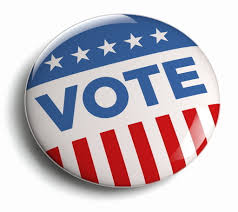 I would like to suggest Republican acolytes of Donald Trump in Georgia begin a campaign to show their support for their cult leader by asking voters to write-in his name for Senate.

They could suggest they do this instead of marking their ballots for Perdue or Loeffler. I think many would see this as a fitting way to honor the outgoing President. Trump’s ego would be hard pressed to say he doesn’t want their votes. He might also see this as a way of giving his middle finger to the Republican Governor Brian Kemp and Republican Secretary of State Brad Raffensperger who he thinks caused him to lose Georgia to Biden. We know Trump is not about helping other Republicans, or anyone for that matter, but is rather all about himself.

Some may laugh at this but I am serious and hopeful the Republican leaders in the state who are still sycophants of Trump will move this idea forward. It could confuse enough Republican voters and siphon off enough votes for Raphael Warnock and Jon Ossoff to be elected the next Senators from Georgia and tip the balance of the Senate to Democrats. Surely some Trump supporters are just nuts enough to buy this idea. After all anyone who heard the insane conversation he had with Maria Bartiromo on FOX where he attacked the FBI and the Department of Justice, whose leaders he appointed, as being involved and maybe responsible for his loss will now believe that since Attorney General Bill Barr has said he has seen no wide-spread fraud that would change the election. Trump is unhinged by the fact he lost but then so are some of his supporters.

While Republicans do this Democrats must be working their hearts out to win this election. While the odds aren’t great, in ten run-off elections in Georgia Democrats only won one, this time could be different. Anyone living in Georgia who is not yet registered to vote has until December 7th to register. That includes any teenager who will be eighteen by January 5th the day of the election. As we saw in the close race for President in Georgia every vote will count. We know the number of people voting from each side with Trump and Biden not on the ballot will be way down from the Presidential race.

Democrats and Independents around the country who believe in moving the nation forward, and having the United States rejoin the world, must dig deep and help fund the candidates and organizations in Georgia who will make the difference in this election. Take a moment and go online and donate directly to Warnock, Ossoff and to organizations like Stacey Abrams’ Fair Fight who are working hard to win this election.

What is on the line is how we move the nation forward. If Democrats win these two seats they will be in the majority since Vice President-elect Kamala Harris in her role as President of the Senate will be able to cast the deciding vote in a 50/50 Senate. Democrats will be able to name the Chairs of Committees and control the agenda. It will mean Joe Biden can get his Cabinet and judicial nominees confirmed. It will mean the chance to move forward a robust and meaningful coronavirus stimulus package that will include stimulus checks, funding for mass transit, money to make whole state and local governments to avoid massive municipal layoffs, and money to extend and increase unemployment insurance for all those who have lost their jobs due to the pandemic. It will mean the chance for action on student loan forgiveness, climate change, immigration, the minimum wage, infrastructure, social justice, LGBTQ+ rights and so much more.

Because we have a ‘big-tent’ Democratic Party which includes both Joe Manchin (D-WV) and Bernie Sanders (I-VT) as well as Alexandra Ocasio-Cortez (D-NY) in the House of Representatives who labels herself a Democratic Socialist, taking the Senate doesn’t guarantee everything the Biden administration wants or was part of the Democratic Platform. Yet without these two Democratic seats in the Senate we know if Republicans keep the majority the very venal ‘Moscow Mitch’ (R-KY) will try to block everything that would make our country more equal for everyone.

So hopefully some Republican group in Georgia will adopt the idea of asking voters there to honor the election ‘loser’ and write-in his name for Senate. They can honor him by doing this and at the same time, even if it is not their goal, allow us as a country to move forward.